Demonstration J4-51: The Theremin is a fun and exciting way to illustrate electrical capacitance. You can see it in action in this new video with Angel Torres.

The theremin is an electronic musical instrument invented in the early 20th century by Russian scientist, engineer, and cellist Leon Theremin. As well as his musical work, Leon Theremin developed many other electronic devices in his career as an engineer, including an early motion detector and listening devices for espionage.

The two metal “antennas” on the sides of the theremin are not antennas in the usual sense. Each one functions as one plate of a capacitor. When you move your hand near the antenna, your hand serves as the other plate of that capacitor. Thus, each functions as a variable capacitor, where the capacitance, the ability of this air-filled capacitor to store electrical charge, varies as you move your hand and body near the antenna.

The other variable oscillator, meanwhile controls the output amplitude. The resulting signal is fed through an amplifier circuit to a speaker. Together they form an electronic system that can create music, controlled by the motions of your body – without the player ever actually touching the device.

The theremin has been used in a wide range of music. Much of the early technique of playing it was developed by classical violinist and thereminist Clara Rockmore. The theremin can be heard in the work of orchestral composers like Dmitri Shostakovich and Percy Grainger, and in rock bands including the Rolling Stones and Led Zeppelin. And you can hear it on the sound tracks of movies ranging from Cecil B. deMille’s The Ten Commandments, to the science fiction classic The Day the Earth Stood Still, to the 2006 animated film Monster House.  It’s a beautiful way to see and hear the fusion of art and science. 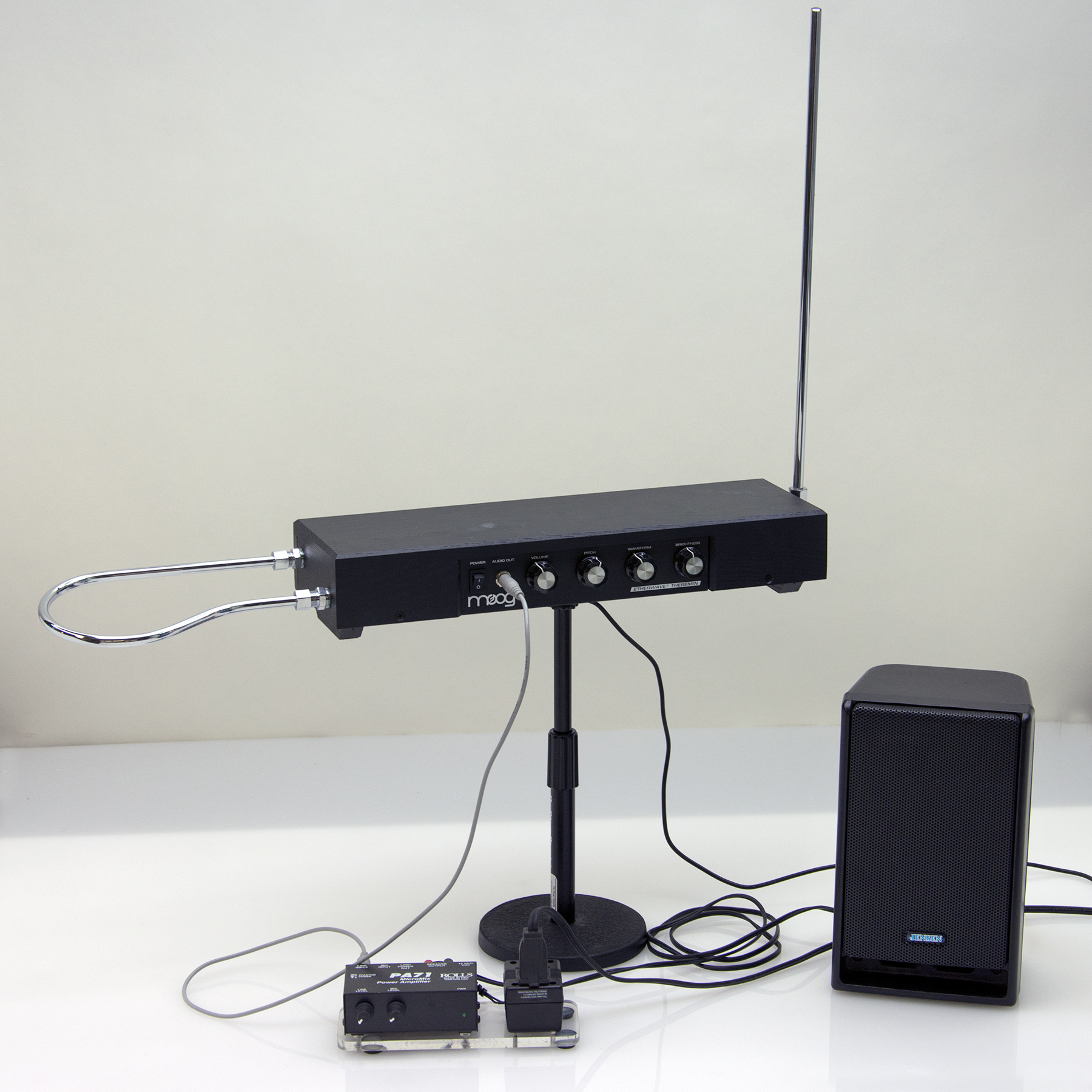 Our theremin seen here was built by the Moog Corporation, best known for their electronic synthesizers.