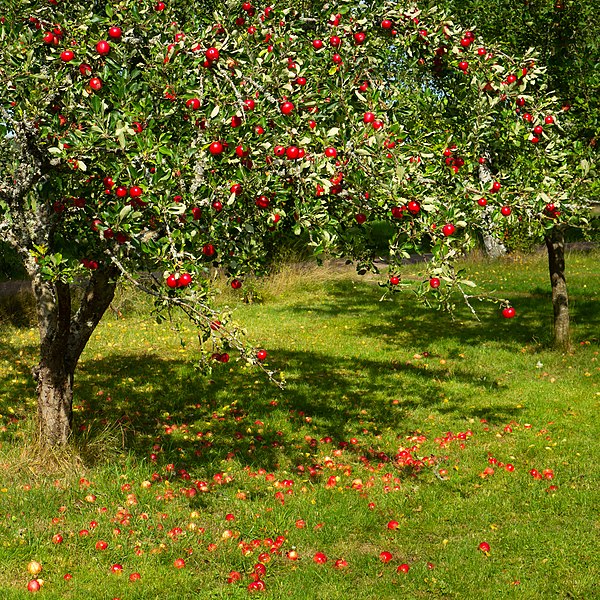 Alas, Isaac Newton did not actually suddenly understand gravity due to an apple falling on his head. He might have eaten lot of them, though, as he was stuck at home avoiding a pandemic while he was studying it. Sound familiar, anyone?

But, nonetheless, this week is his birthday! So we're sharing a fun resource about Newton's Second Law of Motion, which to give you something to play with at home this week while there's not much else going on... and while you're waiting for classes to start up again so you can see some of our demonstrations of Newton's 2nd!

The PhET Collection at the University of Colorado has a delightful simulation of Newton's second law in action: Forces and Motion.  There are four different simulations within this one site.

The first, Net Force, is shown in the image below. A wagon (which appears to be loaded with candy, potentially a sticky situation) has ropes coming off either end. You can drag pulling humanoids onto the rope on either side; the different sizes are scaled to represent the different force they can apply. Try combining different forces, then press “Go” and watch the wagon start moving. You can add and remove figures from the task to change the force beforehand and while it’s in motion, to see how changing the force changes the acceleration. 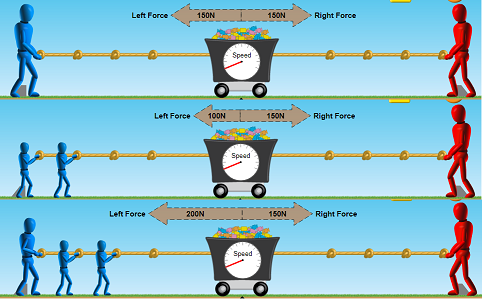 The second simulation, Motion, has a skateboard on a level plane; you can load people or objects (a box, a trash can, a refrigerator) onto the skateboard and give it a push; see how changing the force or the mass changes the motion.

The third, Friction, gives us pretty much the same setup – but without the skateboard! See how the force of friction slows the motion compared to moving on the skateboard.

And finally, Acceleration adds a very simple accelerometer to the setup: a bucket of water! See how the angle of the water’s surface changes as different forces are applied. Fortunately, the bucket doesn’t appear to be able to fall off and get everyone wet, always a good thing on a chilly day.

See you in January!