Phun with Electrons: Particle or Wave?

Welcome back to the Physics Demonstrations Blog! We’re back from the winter deep freeze and here to share more fun ideas about physics. This week, a brief look into the quantum world with electron beams!

The electron is a fundamental particle, one of the earliest discovered in modern physics, which has a small but finite rest mass and carries a negative electrical charge.
However, quantum mechanics has taught us that, under certain circumstances, the electron, which we conventionally think of as a particle, can also behave like a wave. 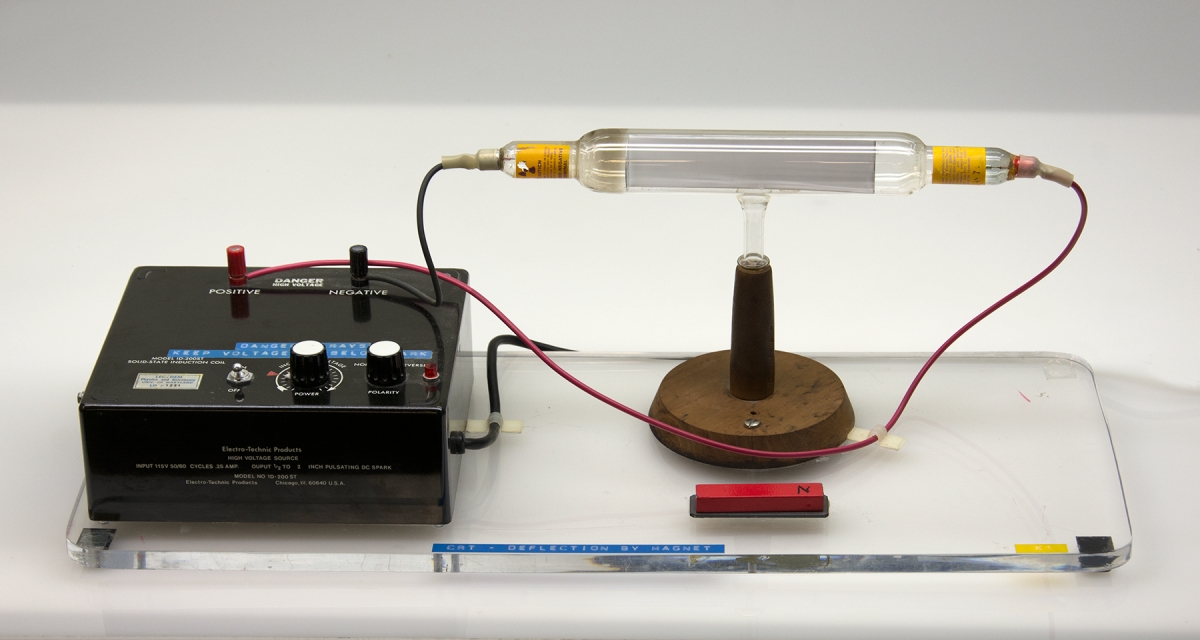 Likewise, if you run two electrical currents parallel to each other, the electric field of each will deflect the other slightly, which can be seen in either two wires running parallel, or by running a wire parallel to the electron beam.

This beam is made up of electrons; the glow in the screen behind it is made when a few individual electrons passing by interact with the phosphors in the screen. 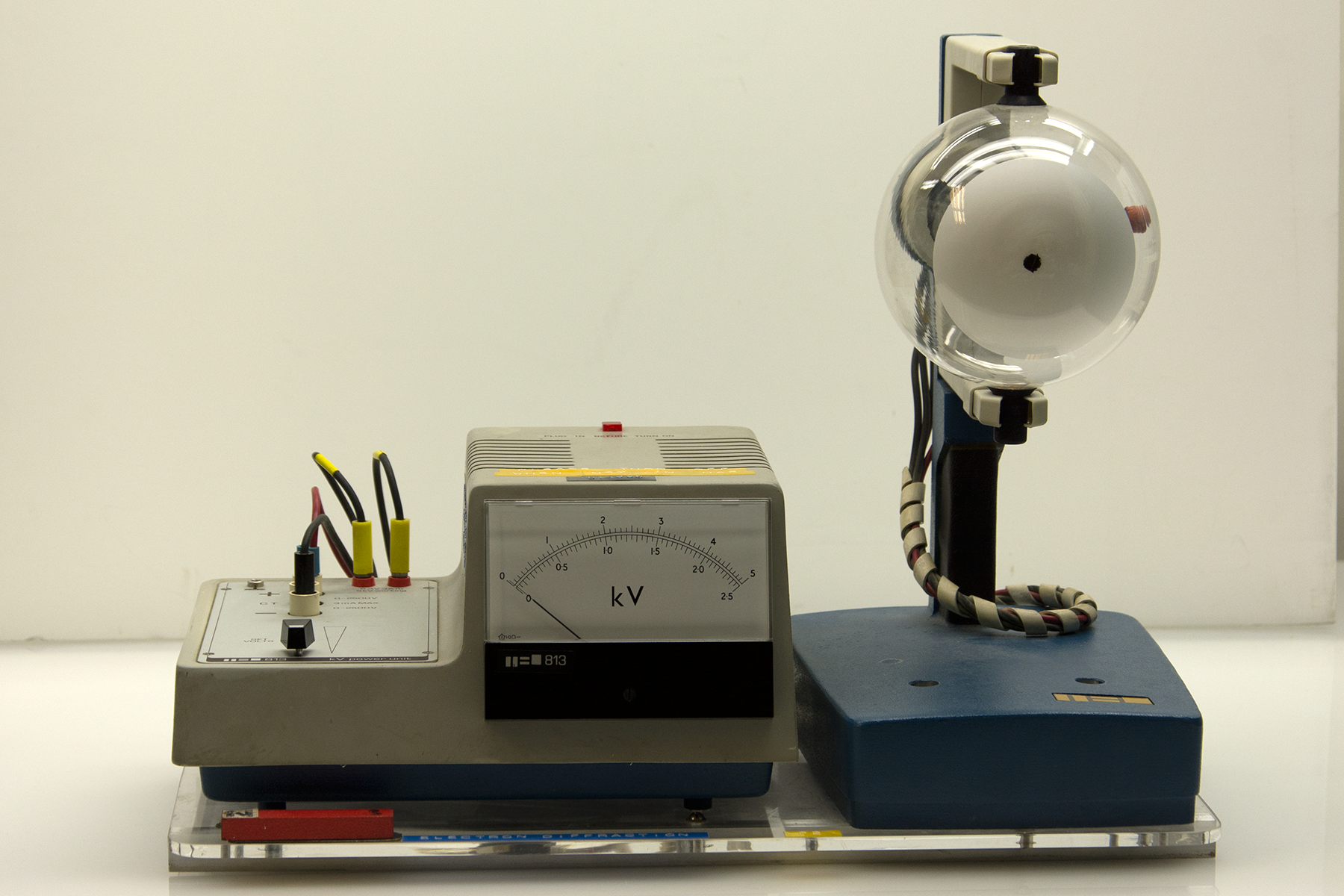 But what happens if we take that beam and pass it through a narrow opening? Conventionally, if you throw a bunch of particles at a hole, either they pass through in a straight line, or they miss and bounce off. But instead, look what happens when we do it with electrons:

The electrons are not passing through in a straight line, but instead are diffracting, forming a pattern of rings. This is an interference pattern formed by the interaction of the peaks of a wave. We can see this frequently when light passes through a narrow opening, forming such a pattern.

But here, it is being formed by electrons – very small particles, but particles nonetheless. Thus, here we see an electron behaving as a wave.