In astronomy, gravitational lensing is the phenomenon whereby gravitational forces around a mass bend light in a way similar to a conventional refracting lens does. When a large mass lies between an observer and the light source they're observing, sometimes that mass can bend the incoming light, causing the source to appear in a different location, or even in multiple locations at once. This can even allow an observer to see a light source that would otherwise be unobservable due to being directly behind another object. 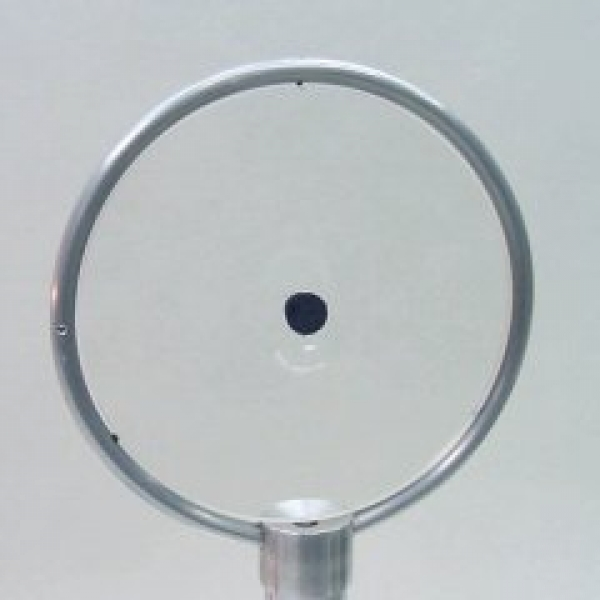 We have a model of this in our collection, as demonstration E1-21, a glass lens that is specially shaped to produce a similar effect to gravitational lensing. Light is bent more the closer it is to the lens' center axis. As a light source moves behind the lens, you can see the source appear to be displaced, or even see one source appear to become several, or become a ring of light around the center of the lens. All of these phenomena can be seen from gravitational lensing in space as well.

In this drawing, you can see a cross section of part of the lens. The changing curvature produces the gravity-like effect of increasing refraction towards the center.

Try experimenting with this simulation https://slowe.github.io/LensToy/ to see it in action in a starfield!