Demonstration Highlight: The Force on a Current in a Magnetic Field

Welcome back! This week we’re taking a look at demonstration K1-03, which shows the effect of the force that acts on an electrical current in a magnetic field. 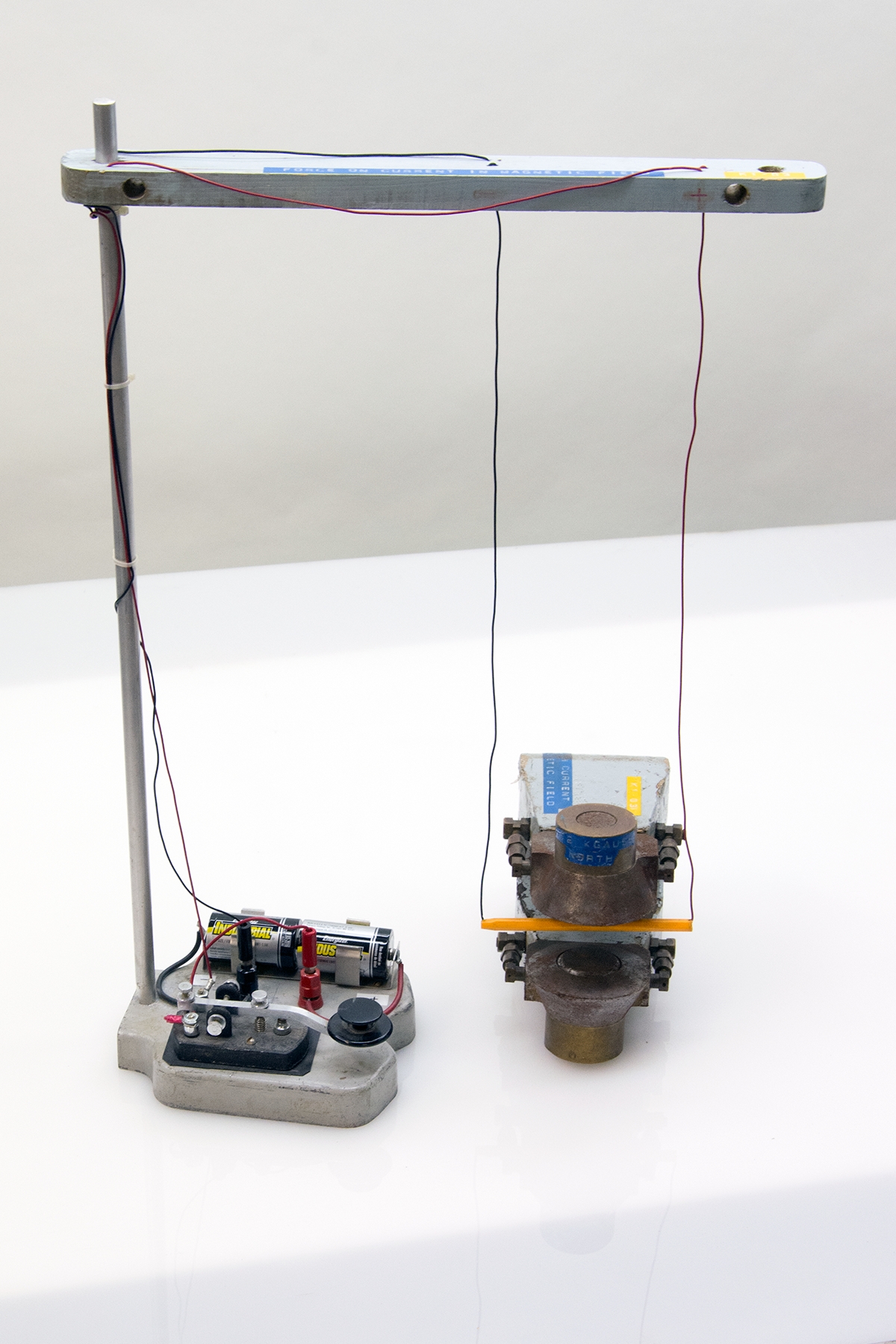 A stiffened wire is suspended between the poles of a strong magnet. When we turn on a current through the wire, the wire leaps outwards. If we swap which end of the wire connects to which end of the battery, the direction the wire moves is reversed. What just happened?

The force in play here is known as the Lorentz Force, named for Dutch physicist Hendrik Lorentz, who formalized the equations for this force based on earlier work by James Clerk Maxwell, Oliver Heaviside, and many other scientists. Today Lorentz is most popularly associated with his later work on relativity, supporting the work of Albert Einstein; but this work partly grew out of his early studies of how charged particles interact with electric and magnetic forces.

You can see this in action in an animated simulation from the National High Magnetic Field Laboratory, here: https://nationalmaglab.org/education/magnet-academy/watch-play/interactive/lorentz-force

Click on the switch graphic to complete the circuit, and you can see the motion of the wire. Buttons will let you change the direction of the magnetic field and the current; try one, then the other, then both, and see if what happens matches what you expect!