Welcome back! For our latest demonstration highlight, we’re exploring the concept of buoyancy, and a few of our demonstrations that let us see buoyancy in action in the classroom.

Technically speaking, buoyancy is the upward force that a fluid exerts on an object that is immersed (partly or wholly) in it. This is the force that determines whether things float or sink, and why some things feel lighter when you hold them in the water rather than in air. 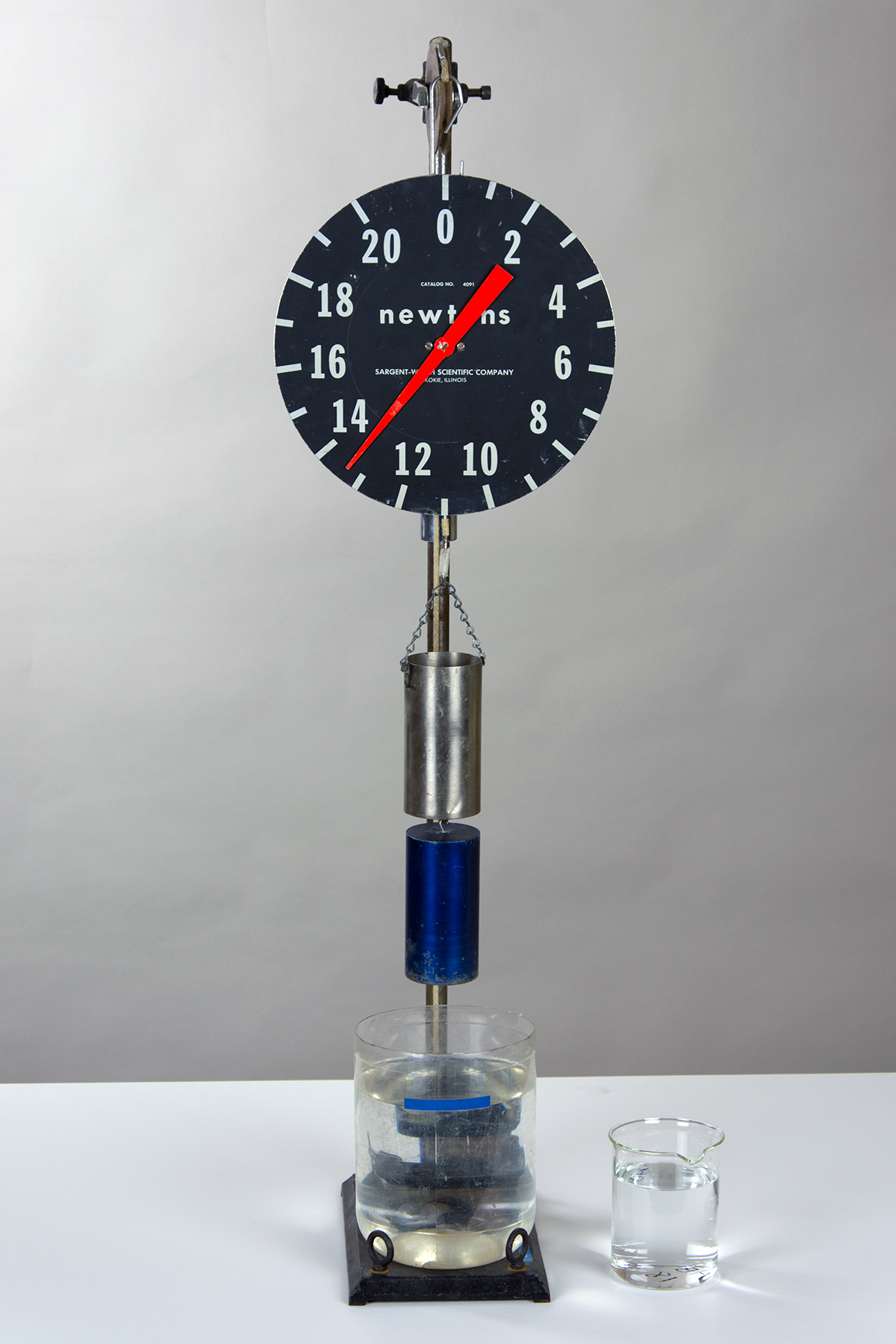 We can show the physics behind this in the classroom with demonstration F2-01. Hanging from a spring scale are two cylinders of equal volume – one solid metal cylinder, and one an empty bucket. We lower the solid cylinder into the water, and can measure the buoyant force as the change in weight on the scale. Then, we pour water into the empty cylinder. A volume of water has a weight equal to the buoyant force on an object of that volume, so when we’ve poured in water to equal the volume of the solid cylinder, the weight shown on the scale is back to where it was when both cylinders were hanging in the air! 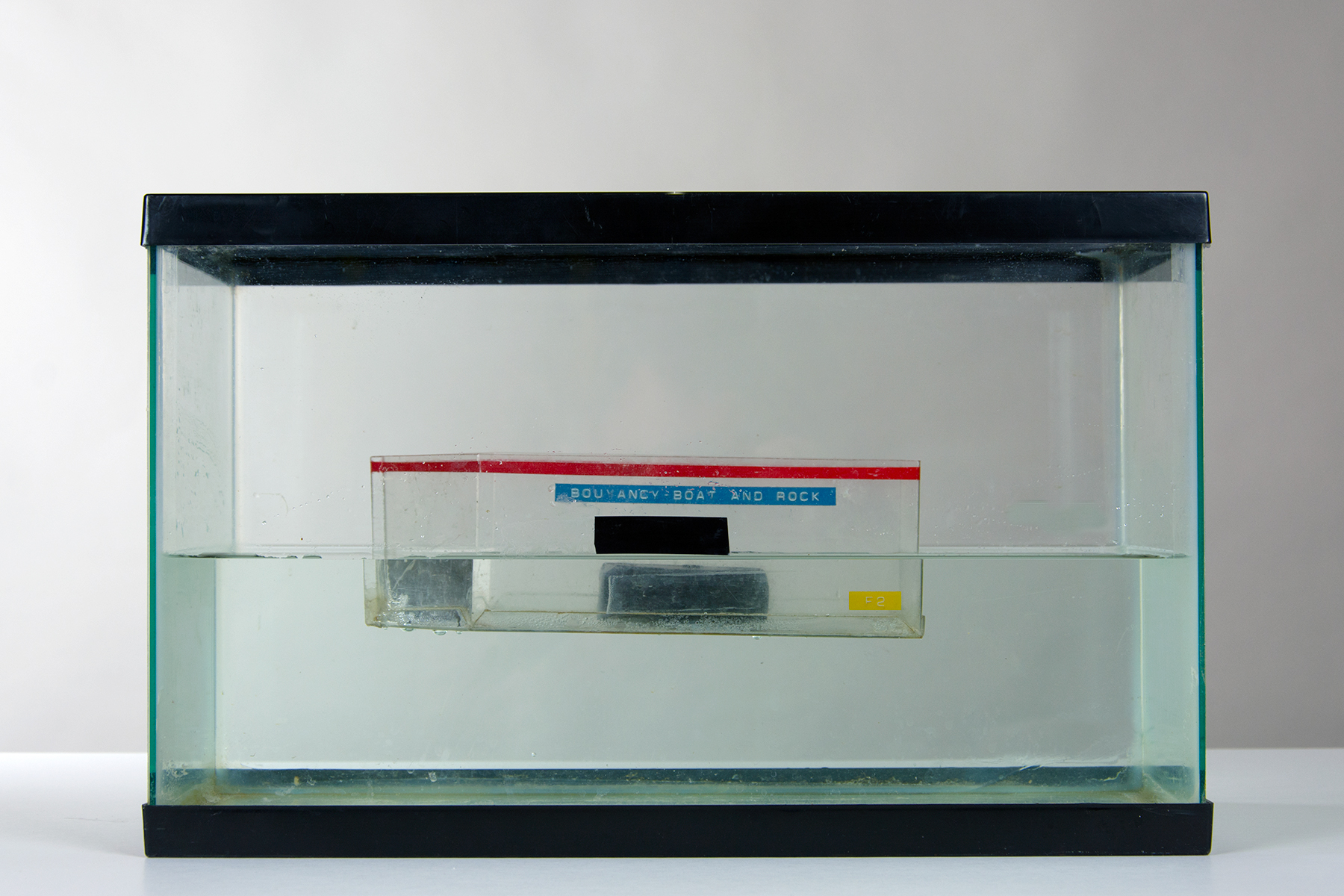 The weight is denser than the water. When it is sitting in the bottom of the tank, it displaces an amount of water equal to its fairly small volume. When it is in the boat, though, in order to float the boat-and-weight combination has to displace enough water to match the mass of this boat-rock system, pushing the level in the tank higher. When the weight is removed, the average density of the boat is reduced.

You can experiment with this in the classroom or at home with this Buoyancy Simulation https://ophysics.com/fl1.html by physics teacher Tom Walsh. Try changing the density of the submerged object and the density of the fluid, and see how it floats! You can have the simulation add a free-body diagram to show you the forces in action.