As summer comes and many of us are out and moving around more, or staying in and watching other people do so on TV, we’ve checking out some demonstrations on motion. This week, we feature the ever-popular Rotating Chair demonstration, D3-03 in our catalogue. You can see it in action here in this video by physics graduate student Naren Manjunath.

Much like linear momentum, angular momentum is a conserved quantity: So long as there are no outside forces and torques acting on a system, the total angular momentum of a system remains constant. This is essentially a form of rotational inertia: an object that is rotating tends to keep rotating in the same way unless acted upon.

This trick of moving your body to change your mass distribution, and thus change your moment of inertia, is important in a lot of activities. A classic example is an ice skater, moving their arms in and out to change the speed of a spin. But you can see it live right now, too – watch divers coming off the high board and see how they tuck and stretch to change their spin and entry angles. You can read more about that in physicist Rhett Allain’s article in Wired. 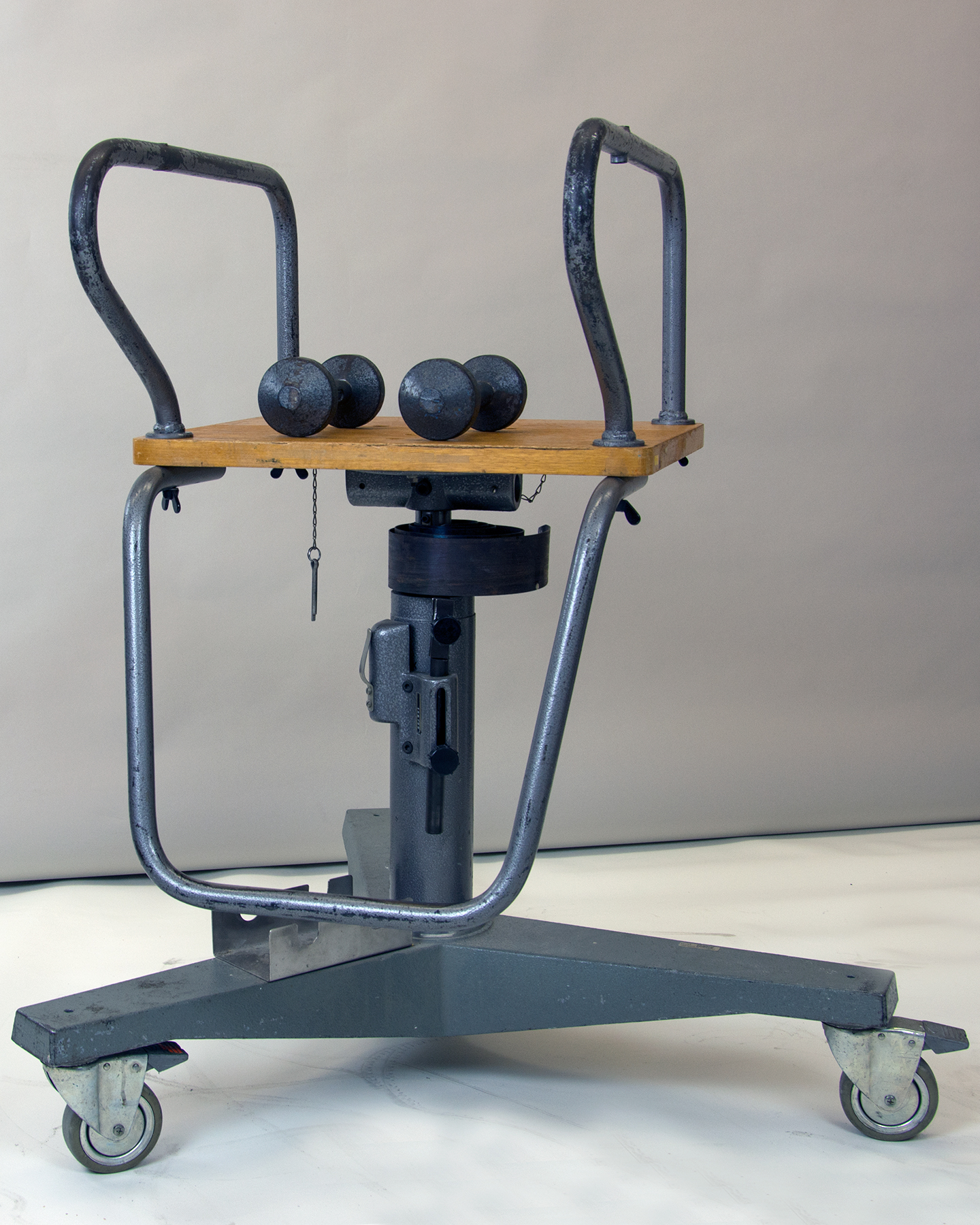