Welcome back! This week, we’re visiting an old favourite: C2-22, the classic so-called “monkey and hunter” demo. This is based on a traditional textbook problem: if an animal is hanging from a tree and see someone aiming directly at it (humanely, with a tranquilizer gun, we hope), and drops from the tree; but the projectile drops at the same rate as the animal, they will still collide. 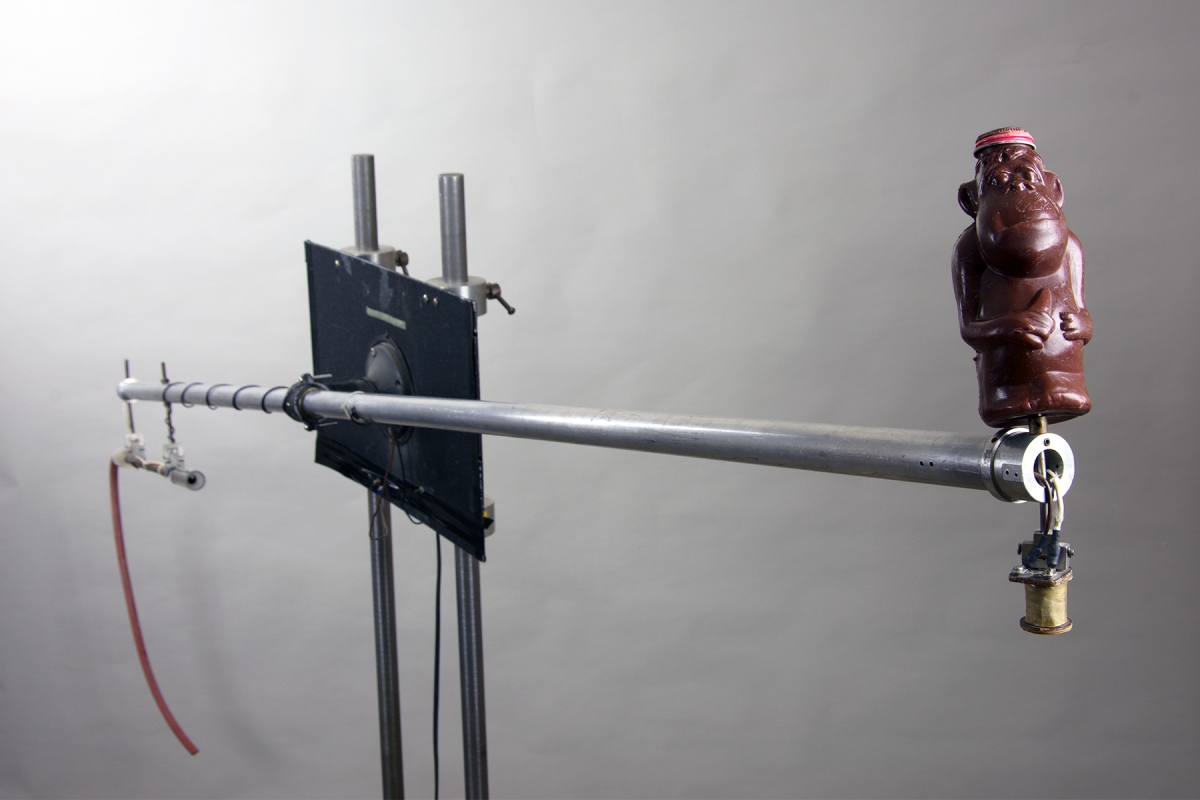 Obviously, this is a somewhat artificial problem, as it requires an animal that knows what a dart gun is but decides to drop to the ground rather than ducking behind the tree, and it also requires a shooter who for some reason doesn’t understand physics and was pointing directly at their target rather than anticipating the physics behind this problem in order to hit it in its original location! But it is a fun way to explore parabolic trajectories and projectile motion. 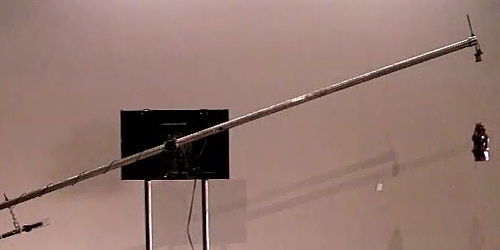 Because the acceleration due to gravity is approximately independent of the mass of the falling object, and assuming that air resistance is negligible, the two objects fall at the same rate, even though one also has sideways motion and the other does not. So the pellet will strike the toy, assuming they both started out high enough that their paths intersect before reaching the ground.

We can adjust the initial height of the toy and the angle of the launcher to show that this still works regardless of angle, so long as the two are in line and they have time to complete the trip. 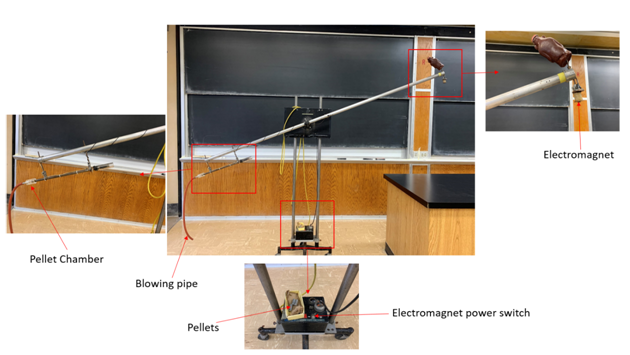 You can try this out at home with this simulator by high school AP physics teacher Tom Walsh: https://www.ophysics.com/k10.html . You can independently vary the horizontal and vertical position, angle, and velocity to see which configurations work and which do not.