Today we’re featuring an interesting experiment that explores the classic question of springtime: Why Is The Sky Blue?

Demonstration M7-31: Tyndall’s Experiment uses a chemical reaction to simulate light scattering through Earth’s atmosphere, but in a tiny container. Solutions of sodium thiosulfate and hydrogen chloride are dissolved in water, then mixed together in a glass tank in front of a light source. These chemicals react and form new particles. The resulting particles form a colloid, a liquid with particles suspended throughout, giving it optical properties that let it simulate our much thinner atmosphere on a smaller scale. Over the course of several minutes, as more and more particles form, we see more and more light scattered out the sides of the tank, while less and less passes straight through. As it goes through this transition, the light coming out the end changes from nearly white, to orange, to red, perhaps finally vanishing entirely. 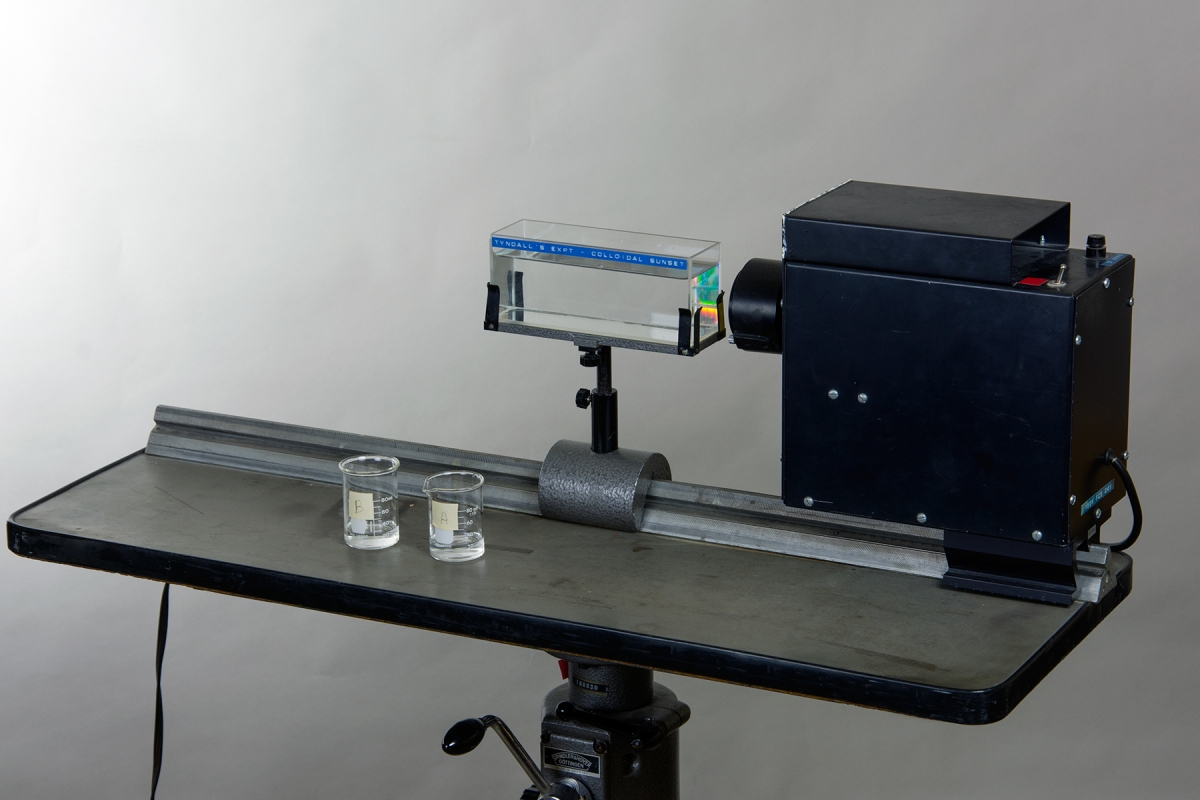 This property in the atmosphere was written about by physicists John William Strutt, Lord Rayleigh, and is commonly called Rayleigh Scattering as a result; but the experiment to observe similar effects in a liquid was developed by physicist John Tyndall, hence the name of the demonstration. John Tyndall was well known in his time for his interest in education, and gave public lectures with demonstrations, much like we do today! He also carried out important research on the effect of carbon dioxide in the atmosphere, what we now know as the greenhouse effect. 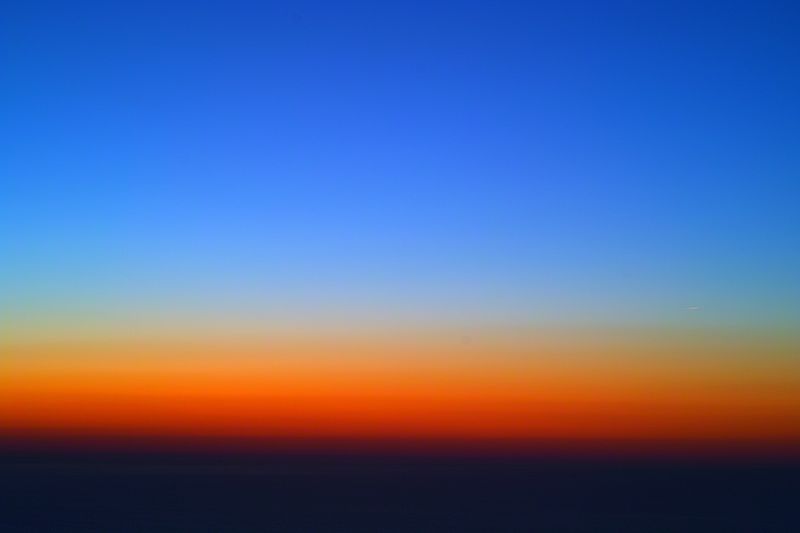 As the Earth turns, the angle we see the sun at changes. Early and late in the day, we’re seeing the sun through the atmosphere at a different angle, and looking through more atmosphere as a result. So at those times we mainly see red light; the shorter blue wavelengths have been scattered away. At midday, with the sun shining directly down on us, we see more blue!

A fascinating bit of physics, and also very beautiful.