We have a very strong permanent magnet mounted at the bottom of an aluminum stand. We can install a variety of pendula to swing from the top of this stand. As the pendulum swings, the bob passes between the poles of the magnet. With a wooden bob, the pendulum swings freely, just like we would expected it to do without the magnet there; this is unsurprising.

A conductive copper pendulum bob, though, shows very different behaviour. While copper is not innately attracted to a magnet the way iron is, it is an electrical conductor. As the copper plate passes through the magnetic field, it experiences a changing magnetic flux. The laws of electromagnetism tell us that a conductor in this situation will have an induced electric current. 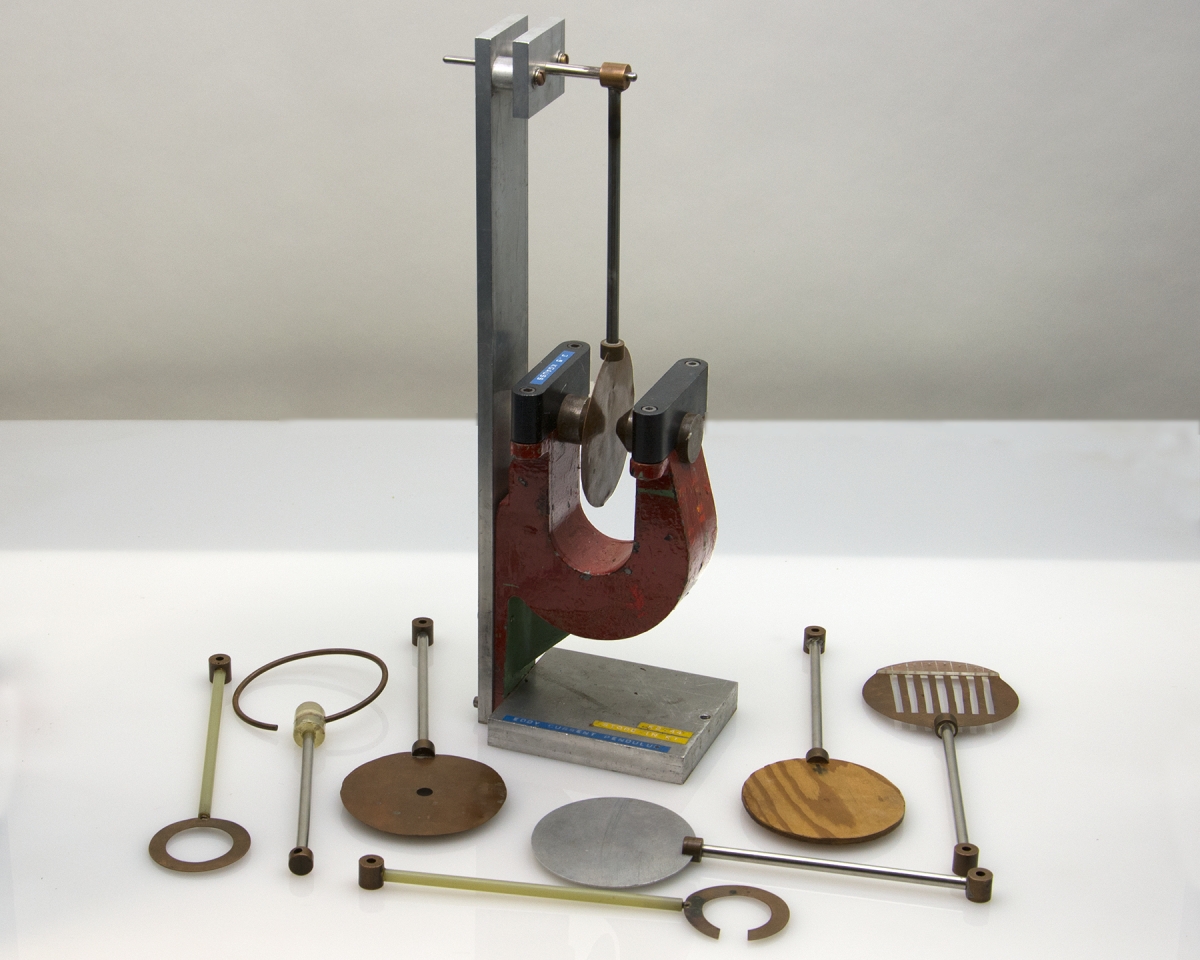 This is a nice way to see electromagnetic induction in action. This effect also has many practical uses. Just like the magnetic field slows and stops the swing of the pendulum, eddy currents can be used to make brakes for vehicles! Automobiles, trains, and even roller coasters can use this process to slow their wheels without friction, reducing wear.

But there are other cases where you actively want to prevent eddy currents – if you’re trying to avoid losing energy! For example, conductive components of electrical transformers might be made with insulating gaps to make it harder for eddy currents to form, so you lose less of your electrical energy to heating up the transformer. Metal pendula with interruptions can model this behaviour as well.