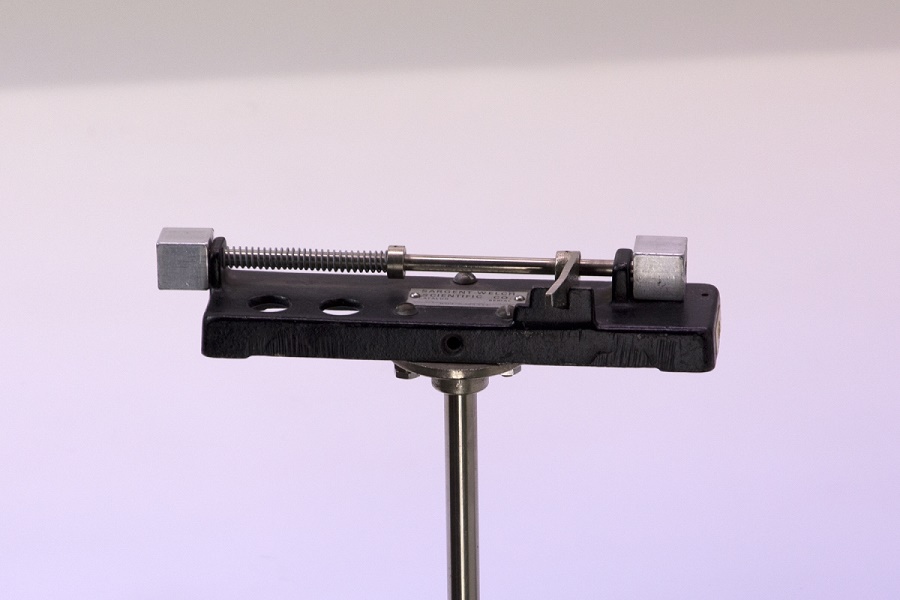 Today we’re taking a look at a popular demonstration of how Newton’s Laws of Motion apply to falling objects. This device has a spring-loaded launcher on top of a tall stand. Two identical aluminum cubes are placed on it. The cube to your left is supported by the spring-loaded rod; the cube to your right is resting on the platform in front of the rod. When the spring is released, the rod will abruptly push to the right; it will release the cube on the left, allowing it to drop straight down, while it slams into the cube on the right, launching it out horizontally.

Consider: Once the two cubes have left the launcher, what forces are acting on them? How will they accelerate?

There are two key concepts to remember here: that a force is a vector that acts in a particular direction, and Newton’s principle of inertia: that a mass’s velocity (or lack of velocity!) remains the same until acted upon by an outside force.

So as a result, even though one has moved some distance away horizontally and the other has not, their vertical movement is identical, and they strike the ground at the same time! Check it out in this slow-motion video.