A vector is a mathematical construct that has two traits: a magnitude and a direction. Many common quantities in physics, like velocity and force, are vectors. Adding together two vectors is not as simple as just adding the magnitudes together; because a vector is pointing in a particular direction, you have to add together the components of the vectors in any given direction to find out the final vector’s total magnitude and final direction. For example, if you tell someone to walk three meters east and then four meters north, they are not actually seven meters away from where they started! 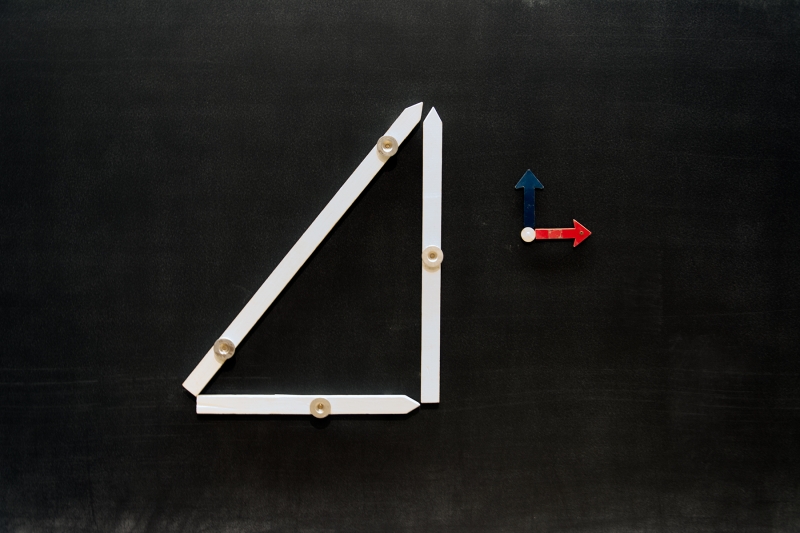 In physics, we often need to add vector quantities, and we have developed several demonstrations to help model this.

Demonstrations A2-22: Magnetic Vectors and A2-24: Vector Algebra are a popular way to provide visible, manipulable vector models in the classroom. Magnetic vectors of several lengths can be attached to the lecture hall chalkboards, and a projected grid can both serve as length measurement and provide axes. If we rotate the grid, we see that the vectors themselves, and their sum, stay the same even if we’re measuring them on different axes. 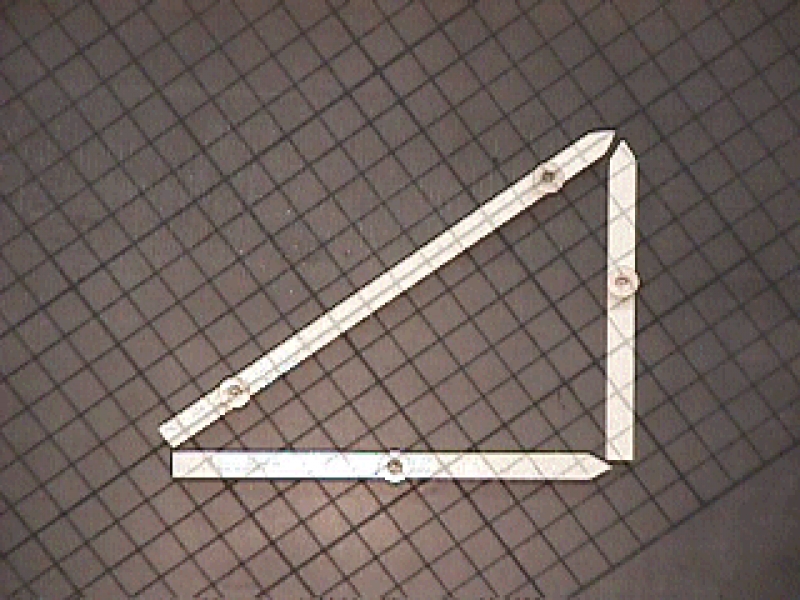 Demonstration C2-41 presents a physical example of adding vectors together. Two hammers are mounted 90 degrees apart above a ball. If we drop one hammer, it hits the ball and sends it in one direction. If we drop the other hammer, it hits them ball and sends the ball in a direction 90 degrees off from the first. If both hammers strike the ball at the same time and with the same force, the ball moves off faster, and at an angle 45 degrees between the two. One force vector produces an acceleration in the same direction as the force; adding two force vectors gives an acceleration in the direction of the sum of the two forces. 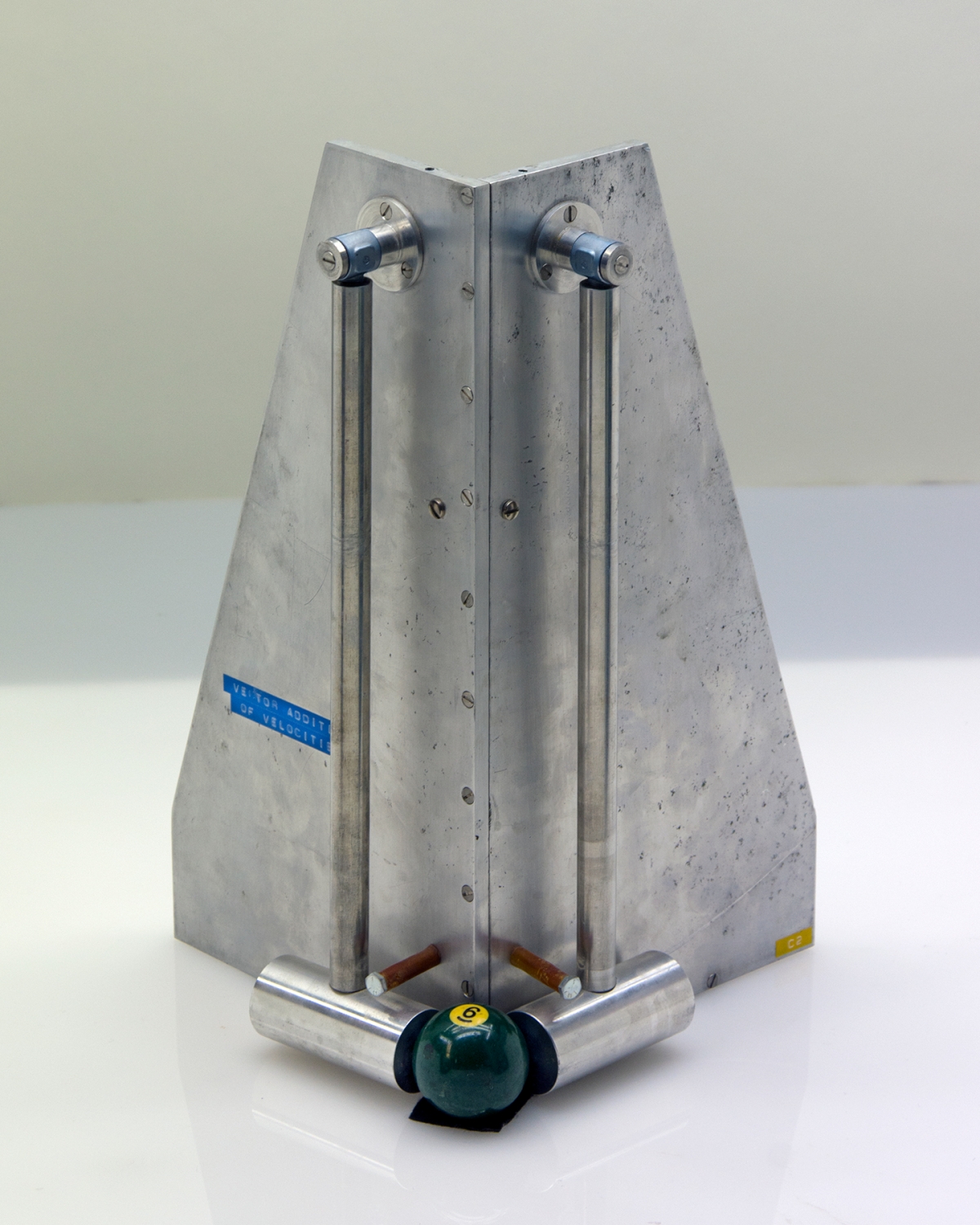 You can try this out at home, if you happen to have some balls and mallets and a lot of patience. But if you don’t, or if your family gets upset when you break things, you can try out vector addition with a simulator instead.

This simulator (linked here), developed by Dr. Andrew Duffy of the Boston University physics department, allows you to add vectors together at home without the risk of breaking any windows. The simulator is set up to add direction vectors together, but as we have seen with the model vectors in the classroom, the addition is the same no matter what the units are.

Two sliders let you adjust the length, or magnitude, of each vector. Two more let you adjust the angle each vector makes with the horizontal axis. If you want to add two vectors at right angles, like our demonstration with the hammers does, set one to 0 degrees and one to 90 degrees, then set the two magnitudes equal. You should see a new sum vector that connects the two. On this graph, the vectors are added up tip-to-tail, rather than all starting from the same point like the velocity of a ball does. But as we saw in the photos of the demonstrations above, the addition is the same no matter how we slide them around! Changing the axes doesn't change how the underlying mathematics works.

Now try experimenting – change the magnitude of one vector and see how that change affects the sum. Try changing the angle. See if you can do it in reverse – note what the sum of two vectors is, change one of the vectors to that magnitude, then change the angle to see what angle you need to get the original vector’s magnitude out.