Light Up the Night: Neon and "Neon" Lights

Lit up on a billboard so everyone sees them in neon

For a century, neon lights have been synonymous – even metonymous – with marketing, entertainment, and nightlife. This month marks the 105th anniversary of neon lighting being patented in the US, so it seems like a good time to explore the physics behind the lights. 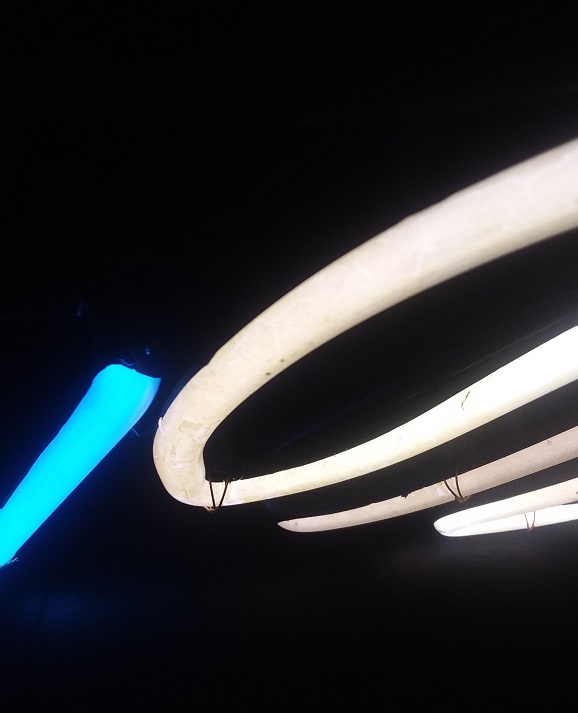 Gas discharge lighting uses the ionization of a gas to produce light. An electric field is created in the tube that strips some of the outer electrons from the atoms of the gas in the tube. These free electrons flow towards the positively charged anode on one end of the tube, while the now positively charged atoms flow towards the negatively charged cathode. They collide with other neutrally-charged atoms, exchanging charge and gaining energy from the collisions; when these now higher-energy atoms release this excess energy, they produce light. The color of this light is determined by the structure of the atoms; each produces a distinctive spectrum. 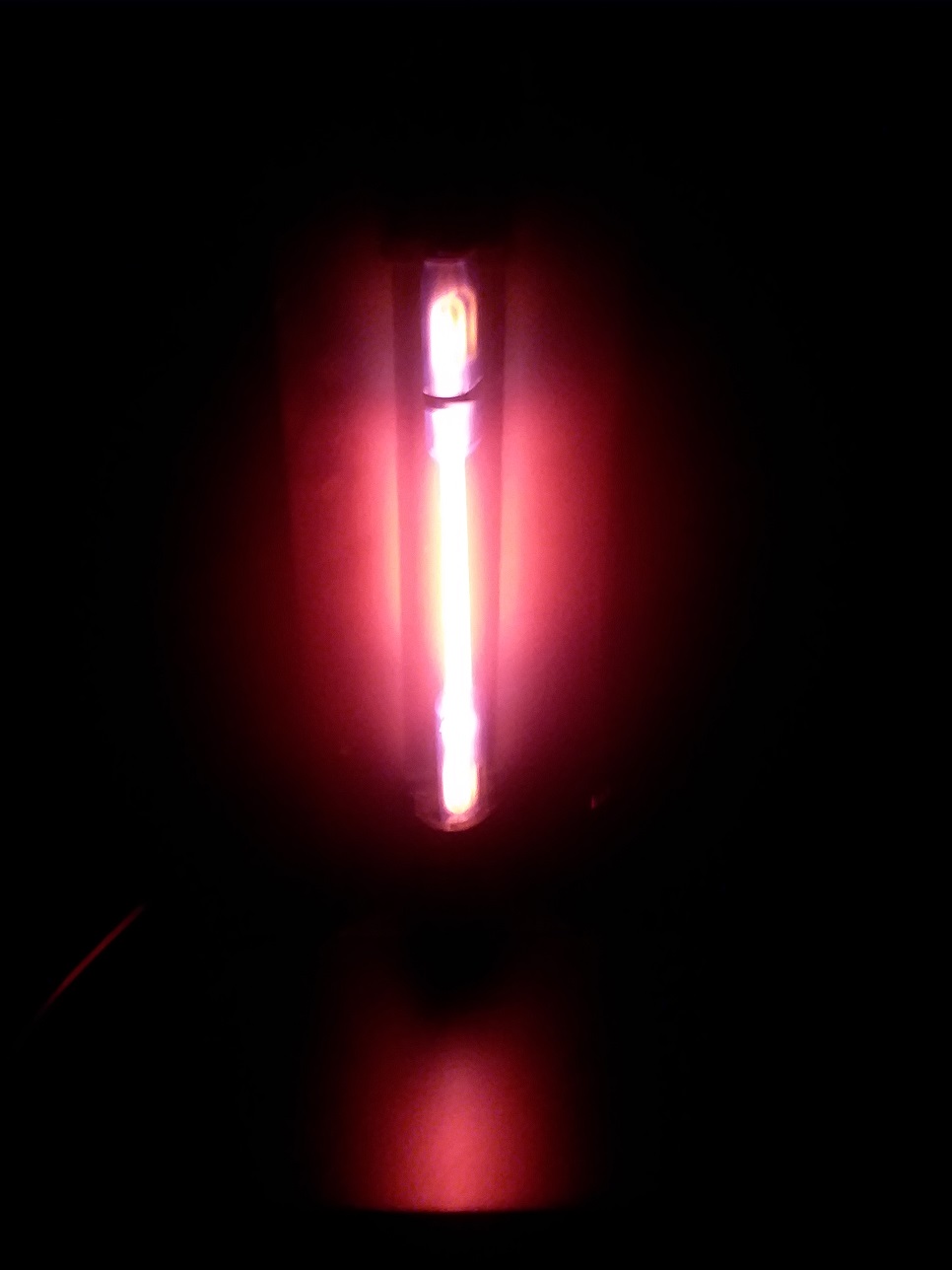 When first created as an experiment, these tubes were filled with a variety of gases, and often burned out quickly. French scientist Georges Claude discovered that using noble gases like neon and argon, which do not react with most other materials, greatly extended their lifespan; and also developed better ways of keeping the electrical power steady in the tube. This made them practical for lighting and signage, and he was able to patent the device;  a patent was approved in the US on January 19, 1914. 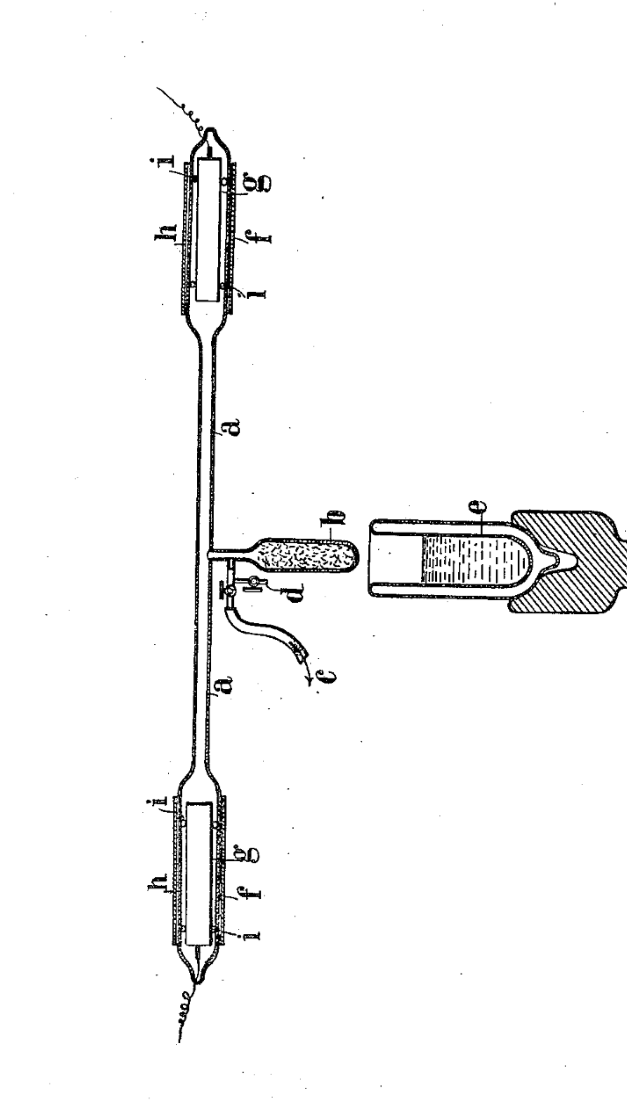 Lights like this have been used for many other purposes in the past, as well – many outdoor lamps use gas discharge lighting, though this is now being replaced in many places by more energy-efficient LED lighting. So soon we may only see gas discharge lighting in the laboratory and in artistic applications like these.

We often use straight tubes with a single gas in them in the classroom to demonstrate the spectrum of an element or compound. Many classes have used these when introducing the concept of spectroscopy or when discussing the structure of atoms; check out demonstration N2-05: Diffraction Spectra, which can be used with lightweight diffraction gratings to let every student see the spectrum of some common or popular elements. This has consistently been one of our more popular demonstrations. Less often used, though, are these classic discharge tubes (sometimes called Geissler tubes) found at P3-24. They can be a fun addition to any discussion of ionization and atomic structure. 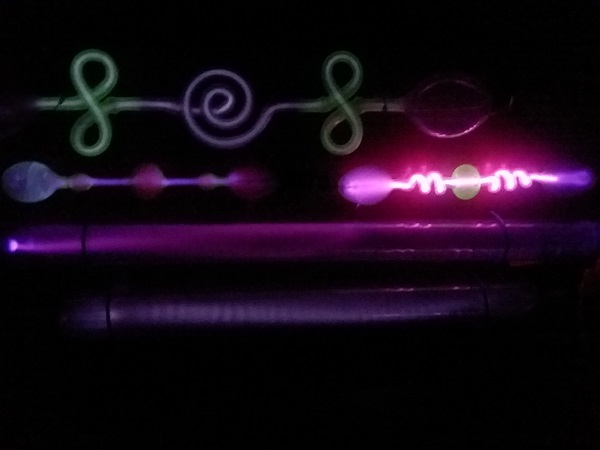 Despite the common name, many of these signs today aren’t actually filled with neon, but argon; other gases can be used as well. In the pictures here, only one light has the distinctive red glow of neon. Colloquially, though, they tend to all be referred to as “neon lights,” if only because “gas discharge tube light” is hard to fit into a rock lyric.