A Heated Discussion In Class

Demonstration I1-11: Thermal Expansion is perennially one of mour most popular thermodynamics demonstrations. This simple setup has two primary pieces: a solid metal sphere, and a metal plate with a hole in it, each mounted on insulated handles. Under normal circumstances (i.e. at room temperature), the hole is just slightly too small for the ball to fit through it. See what happens in this video. 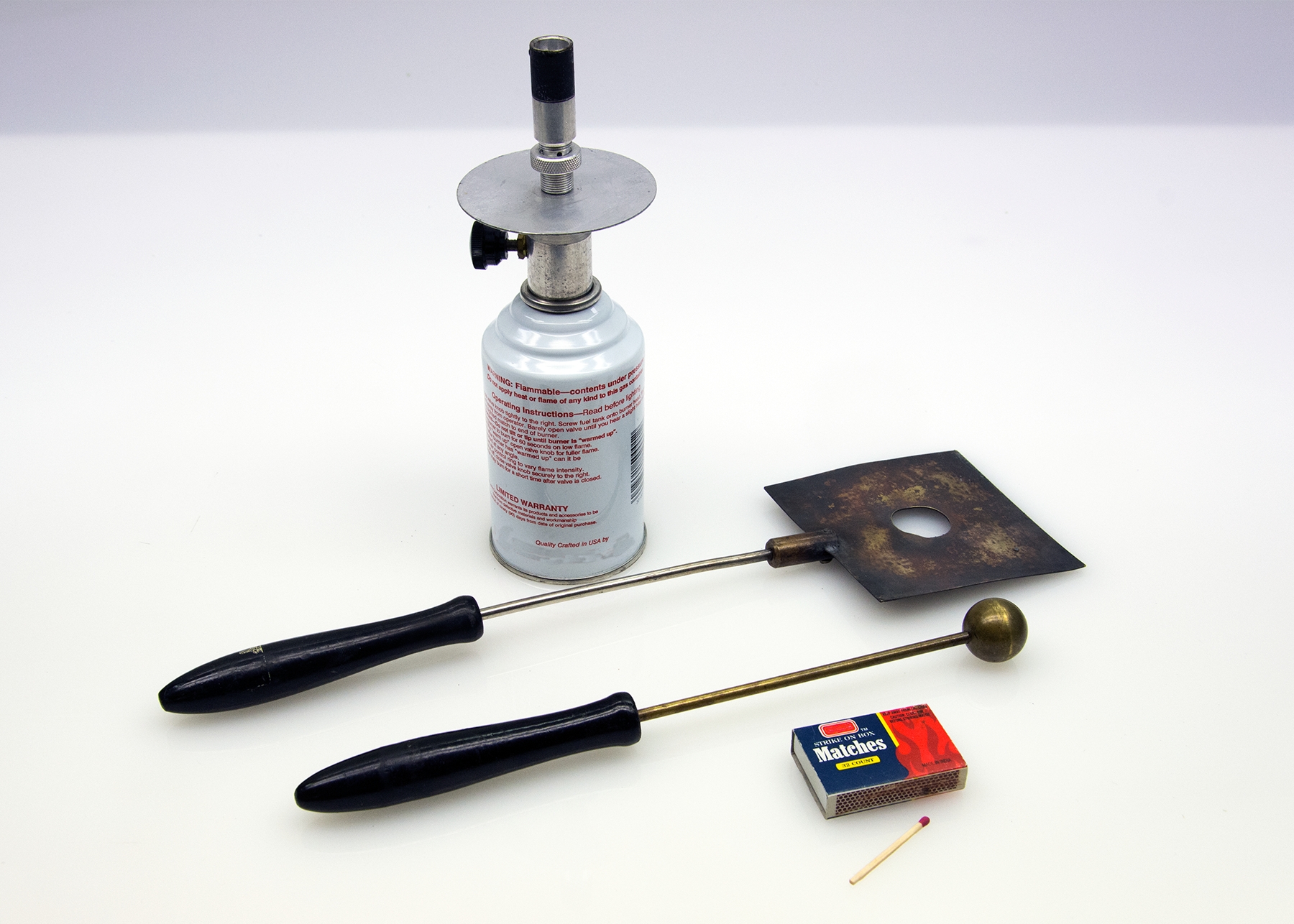 All that changes, though, when the plate is heated.

Most students have learned already that metals tend to expand when heated. If using this in class, this demonstration is often best introduced after showing off one or two others that illustrate this (consider I1-15: Pin Breaker and I1-13: Bimetallic Strip for examples). But in this case, though, we have a puzzle: The metal plate has a hole in it. We expect the plate to expand outwards… but what happens to the hole? Does it get bigger, or smaller?

This is a good question to pose to your students before carrying out the demonstration. And don’t just ask the question – encourage them to discuss it amongst themselves, and to lay out not just what they predict will happen, but why. This is a good opportunity to encourage logical reasoning and communication skills, as well as an understanding of the physics involved.

Once the plate is heated, the ball moves freely through the hole, as seen in this video. As the plate expanded, the hole in it expanded as well!

*OK, a technicality here: The distance wouldn’t change so long as our cutting tool didn’t bend the plate or make it hotter from friction as it cut!

This demonstration has been very popular in classes like PHYS121, PHYS171, and PHYS260 - anywhere that faculty want to introduce the idea of linear thermal expansion and the coefficient of expansion in an interesting way. It's also a fun and engaging way to drive students to think hard about a physical problem, and to practice discussing their reasoning and understanding the reasoning of others. This is perhaps the most valuable lesson of all.