Physics Teatime 3: Do Not Try This At Home

This week has seen some chilly weather on campus here, and with it a return to warm beverages and the physics behind them. So, for this week, we’re going to look at a bit of physics we heartily recommend you do NOT try at home: superheating water. 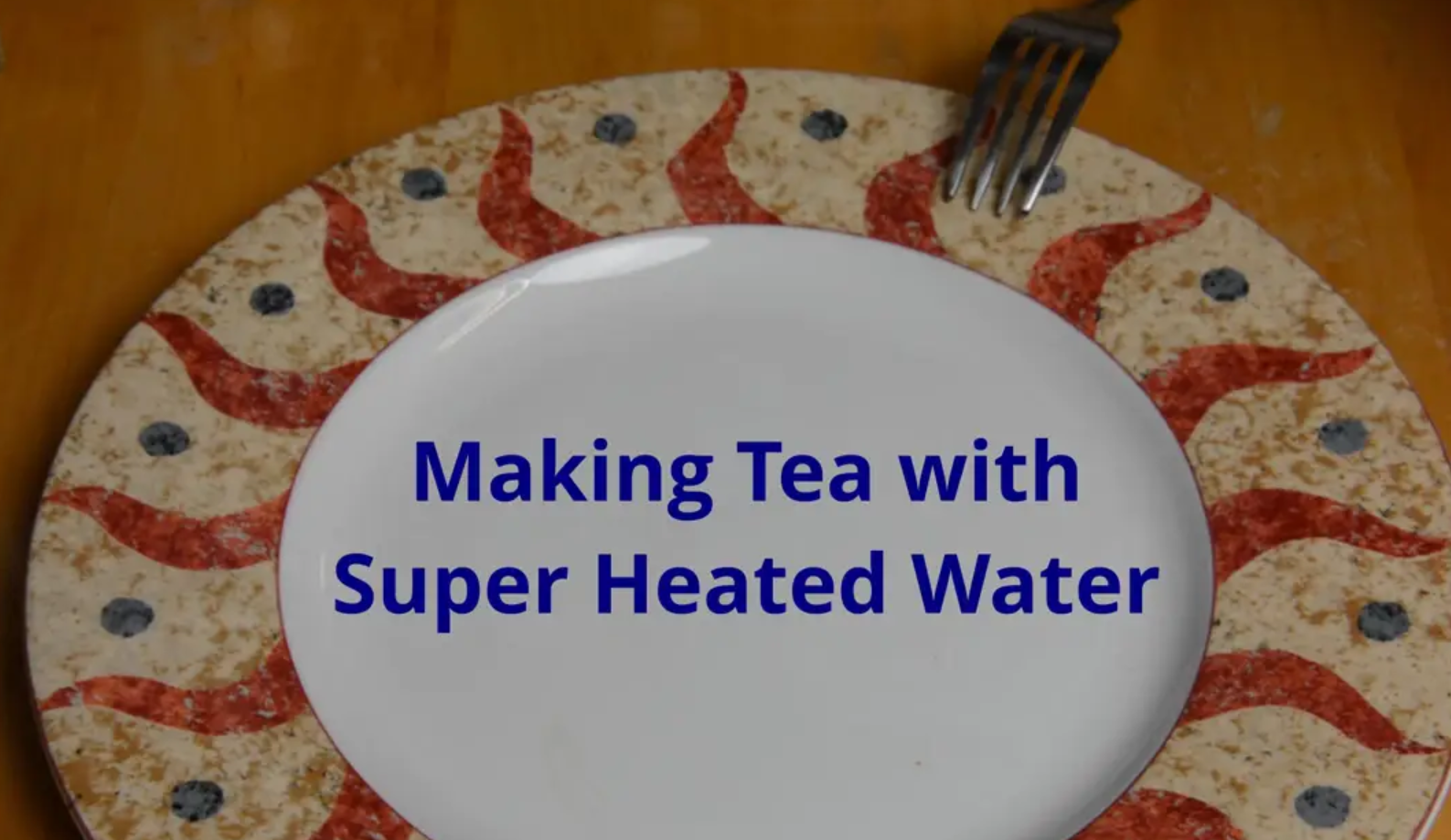 In this video, taken by our own Don Lynch, you will see a mug of water that has just been heated in the microwave. Note that the mug is freshly cleaned, smooth, and cylindrical. The water is quite still; but when a teabag is dropped in, suddenly the water bursts into boiling! After a few seconds, the boiling stops, and we are left with what appears to be a cup of tea. (Pity about the mess on the plate beneath.) 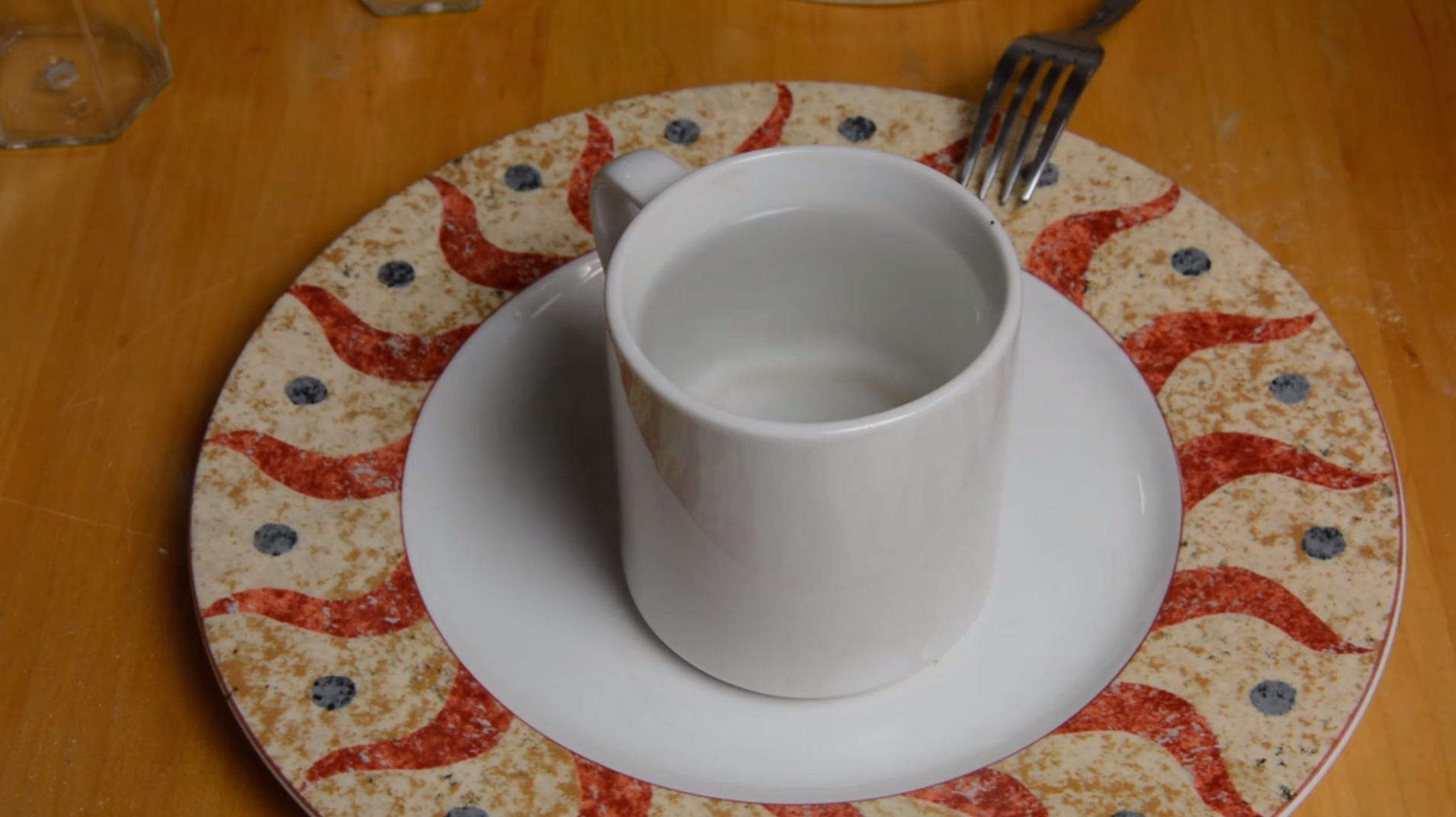 Normally, when water reaches its boiling point, it bursts into bubbles as the liquid water begins to turn into a gas. These bubbles usually first form around nucleation sites, tiny (or not so tiny) impurities in the water. The bubbles expand as the force of the vapor pressure of the steam inside the bubble exceeds the external forces of atmospheric pressure and the surface tension of the water. As the bubbles expand, their internal forces exceed the external forces more rapidly, and so once the boiling process has begun it accelerates and the entire liquid boils. 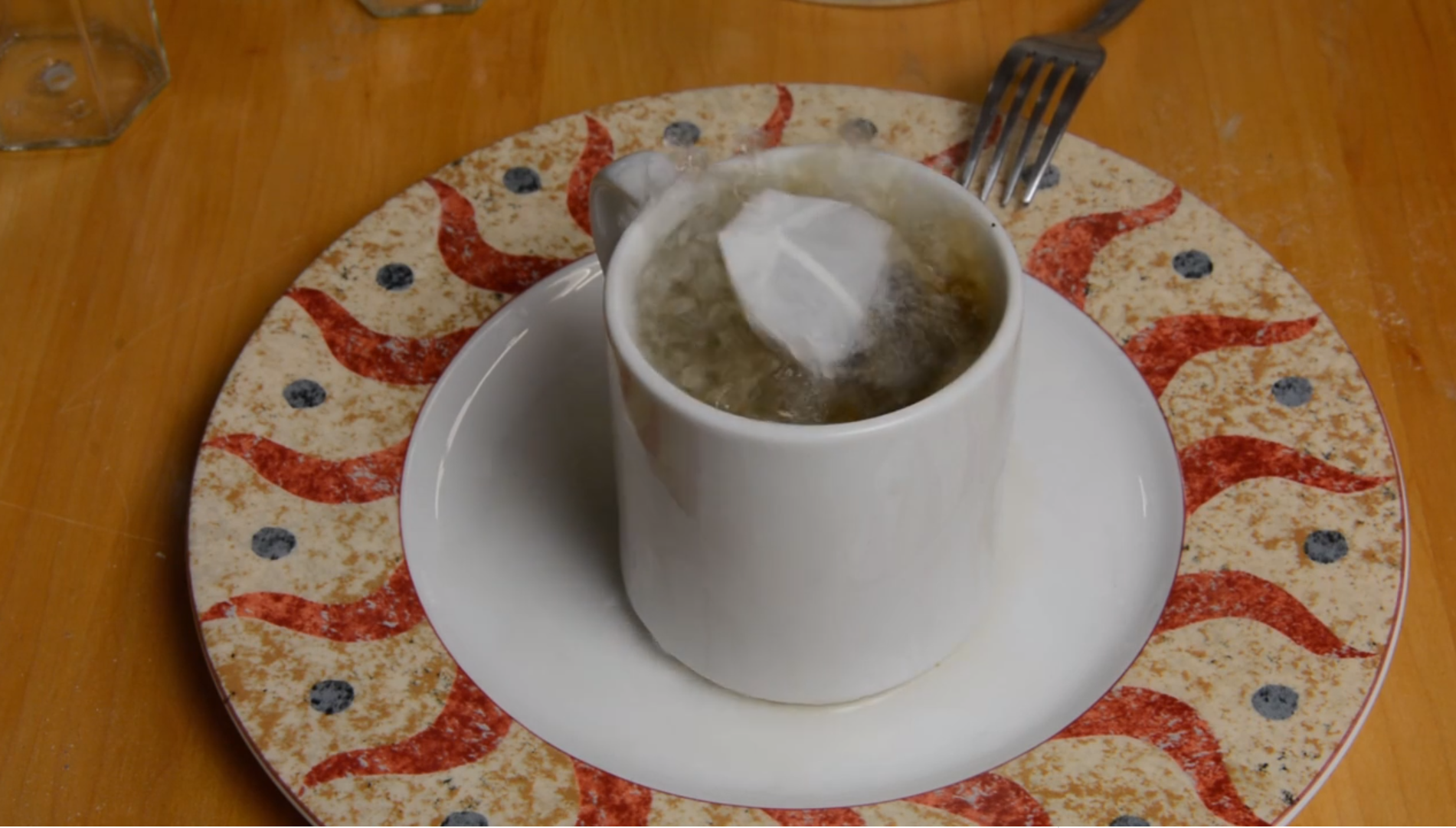 Occasionally, though, if there are no nucleation points and the water is not agitated, no single tiny bubble manages to overcome the atmospheric pressure and surface tension to start the liquid boiling, even though the temperature is at or even slightly above the usual boiling point. When the water is disturbed (in our case, by dropping the teabag in), suddenly there are lots of nucleation points, and the boiling begins in earnest. 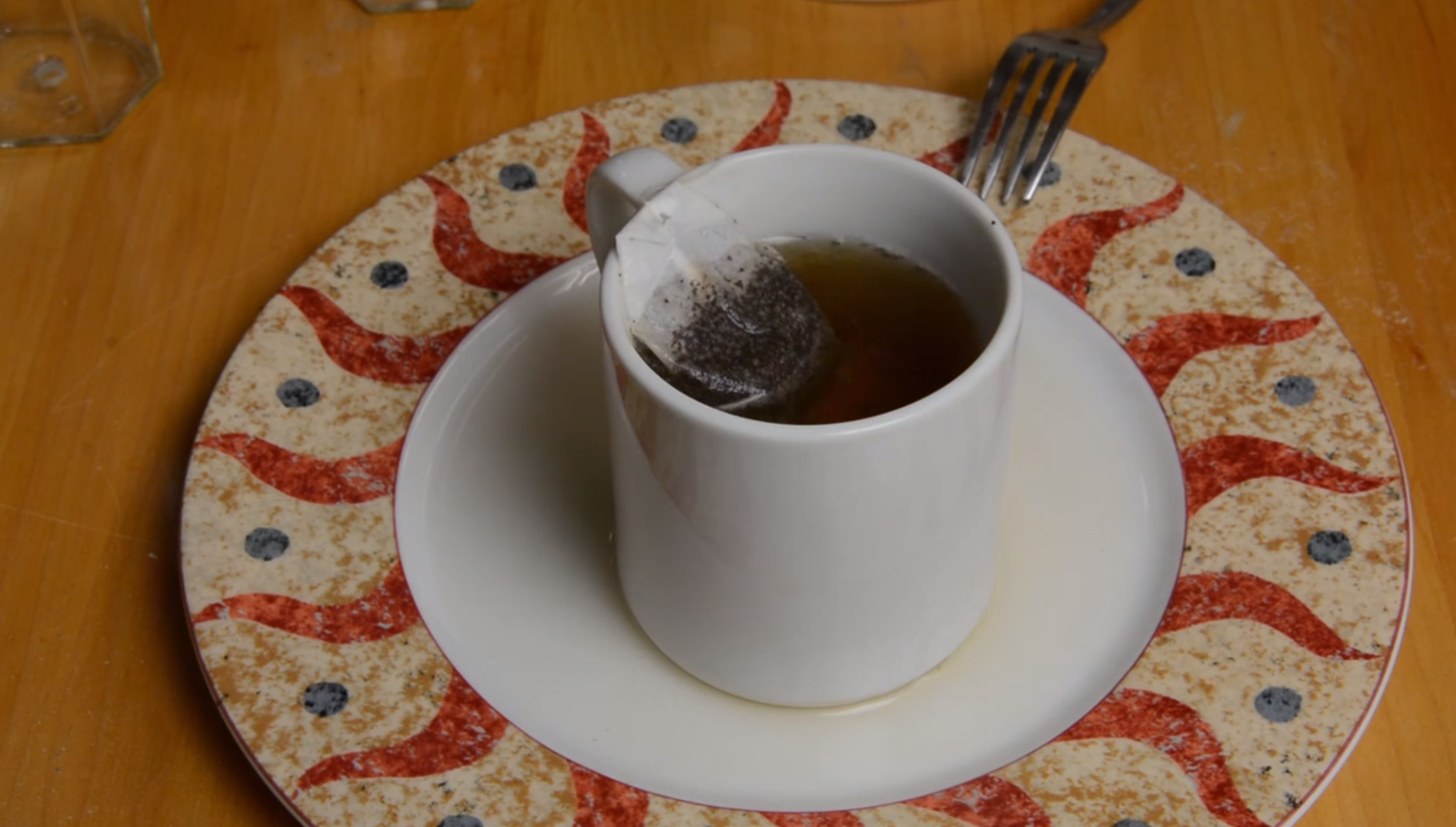 We don’t know exactly how hot the water is here; if we put a temperature probe in the container, that itself would trigger the boiling effect before we could make a measurement! But we suspect that it is probably only very slightly above the boiling point. It is certainly not as hot as the more conventional “superheated” water one might find by heating water under pressure – but it is still more than hot enough to cause some very bad burns, so please don’t try to make your tea this way! Take a few more seconds and do things the old fashioned way, and enjoy a relaxing cup of tea and a pleasant winter break.

See you next year!