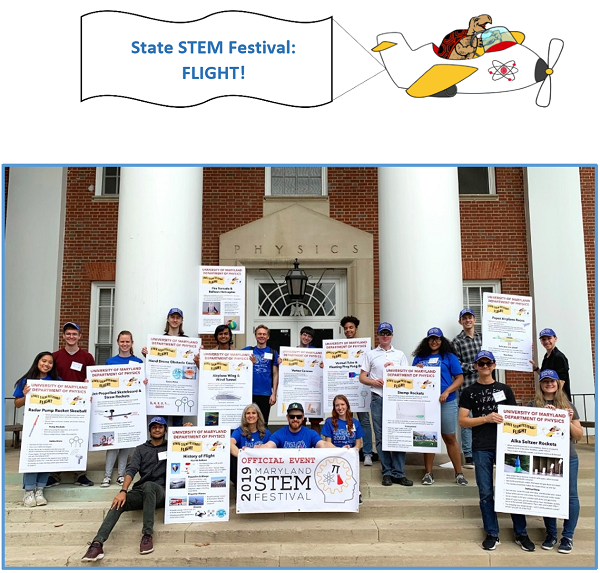 As part of this year’s Maryland State STEM Festival, the Department of Physics hosted the program “FLIGHT!” This fun and educational event featured physics demonstrations, hands-on activities, and yummy treats. The forces of drag, lift, thrust, Coandă effect, and Bernoulli’s principle were highlights of the day. The excitement of FLIGHT was enhanced by an outreach table hosted by NASA. An astronaut cut-out for kids to take pictures, stickers, handouts on flight missions, and a hands-on activities that rounded out a very special day of learning about flight technology.