Today marks the 100th birthday of NASA scientist Katherine Coleman Johnson. For decades, she was one of the leading minds of NASA’s space navigation program, plotting courses of the Mercury, Apollo, and Shuttle programs, including both the 1969 Apollo 11 moon landing and the 1970 recovery course of the aborted Apollo 13.

Born in rural West Virginia in 1918, a career in mathematics and physics was not an easy course for a young African-American woman. She faced massive discrimination on all sides, but demanded her place in the technical community. She joined the staff of the National Advisory Committee for Aeronautics (NACA) in 1953 as a computer, and stayed on through multiple technical posts as the organization became NASA, the National Aeronautics and Space Administration. in 1958.She contributed to many of the major space missions of the time, and had a reputation as the most best mathenatician on the team. For his 1962 solo orbital mission, then-astronaut (and later Senator) John Glenn refused to go into orbit without Johnson plotting his navigation before he stepped aboard. 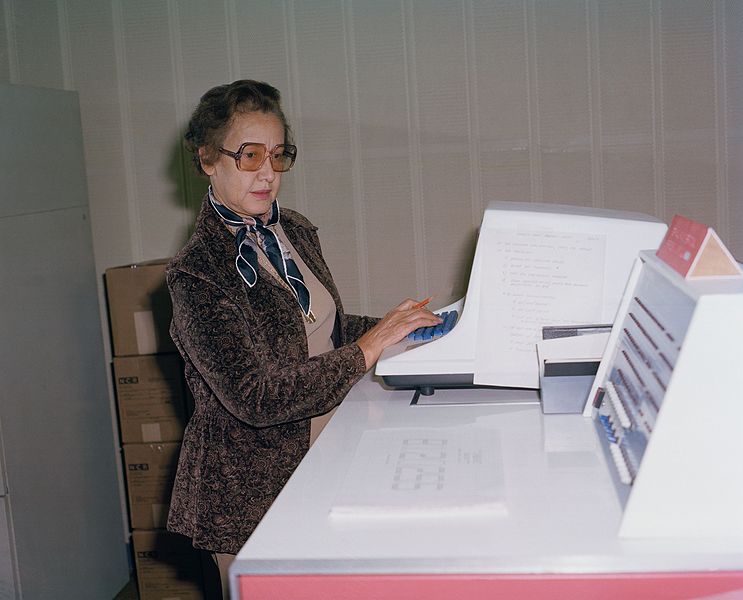 A partial bibliography of her technical publications can be found on her NASA History page at https://crgis.ndc.nasa.gov/historic/Katherine_Johnson . Johnson retired from NASA in 1986, but resides in Hampton, Virginia near Langley Research Center to this day. 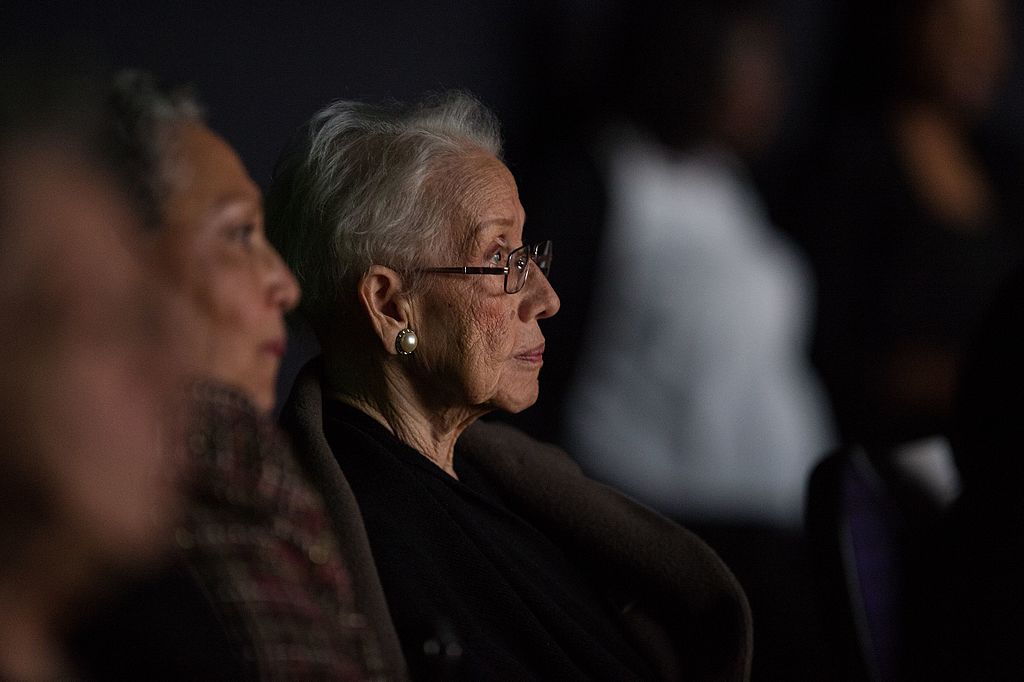 In recent years, Johnson and her compatriots have begun to receive greater recognition for their work. The 2016 book and film Hidden Figures helped to bring public attention to the computational work behind many famous space missions. A new research center at NASA Langley was named for Johnson [https://www.nasa.gov/image-feature/langley/nasa-celebrates-katherine-johnson-with-building-named-in-her-honor], and last week West Virginia University unveiled a statue of her and launched a scholarship fund in her name in recognition of her studies in the state and her struggle against segregation and sexism. [https://www.wvgazettemail.com/news/katherine-johnson-immortalized-with-statue-on-wv-state-university-campus/article_faaaff7b-e452-5de5-8612-892a64a514bd.html]

As we begin the new school year, this is an excellent opportunity to think about how we can teach our students more about the history and diversity of our field, and the different paths we can all take in our careers.

Beyond Curie, resources for educating about women in science: Katherine Johnson https://www.beyondcurie.com/katherine-johnson/