The apparatus for this week's question consists of a rod at the bottom of which there is a fixed circular mass. The rod pivots above this mass at a fixed point and is free to oscillate from side to side. Above the pivot point there is moveable trapezoidal mass, which can be adjusted either higher or lower. Catch a video of it in action by clicking your mouse on the photograph below. 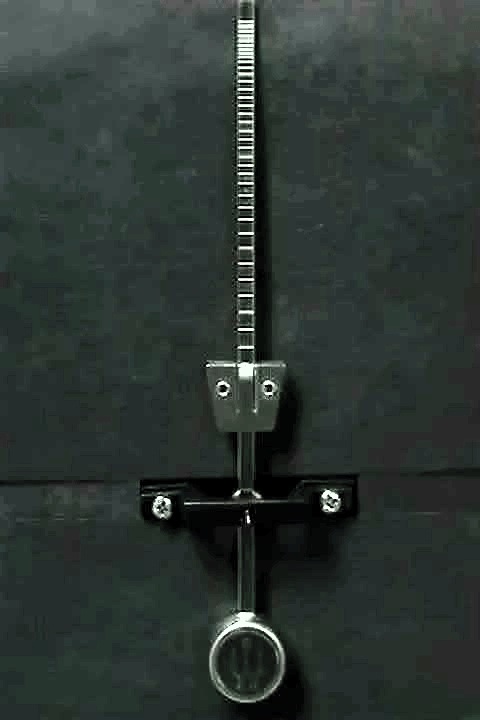 Notice how the adjustable mass is very close to the pivot point.

And now the question: Suppose the mass were adjusted further upwards, away from the pivot point (pictured below). How would the of frequency of oscillation change? 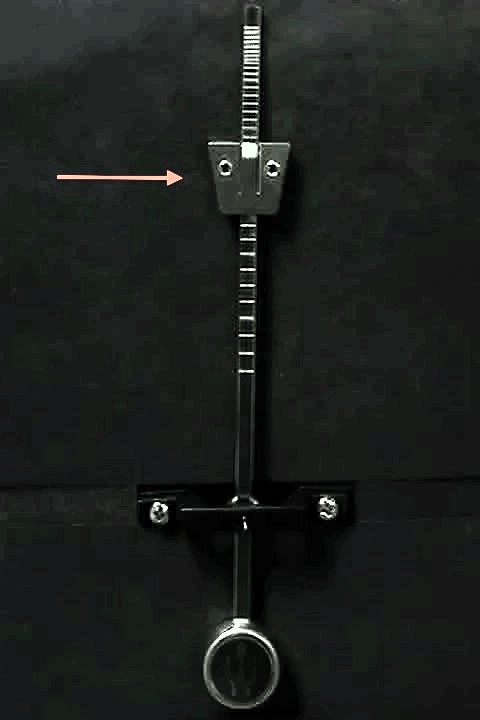 There should be two parts to a good answer: What will happen, and why?

The answer is (d): the frequency will decrease, yes, but it is due to an increase of the torque exerted by the moveable mass, rather than a decrease (as purported by answer (c)). Check it out in this video!

The question can be a little tricky because though the apparatus is like a teeter-totter, it is the kind no parent would let their child ride on: a vertical one! Attention all theme park designers: this might make a great ride!

One may think that the moveable mass might cause the frequency to increase, since more its distance to the pivot will increase and thus more torque will be exerted. This would be true if the two masses applied torques in the same direction! In this case, however, the torques are actually in opposition, as seen in the drawing below. 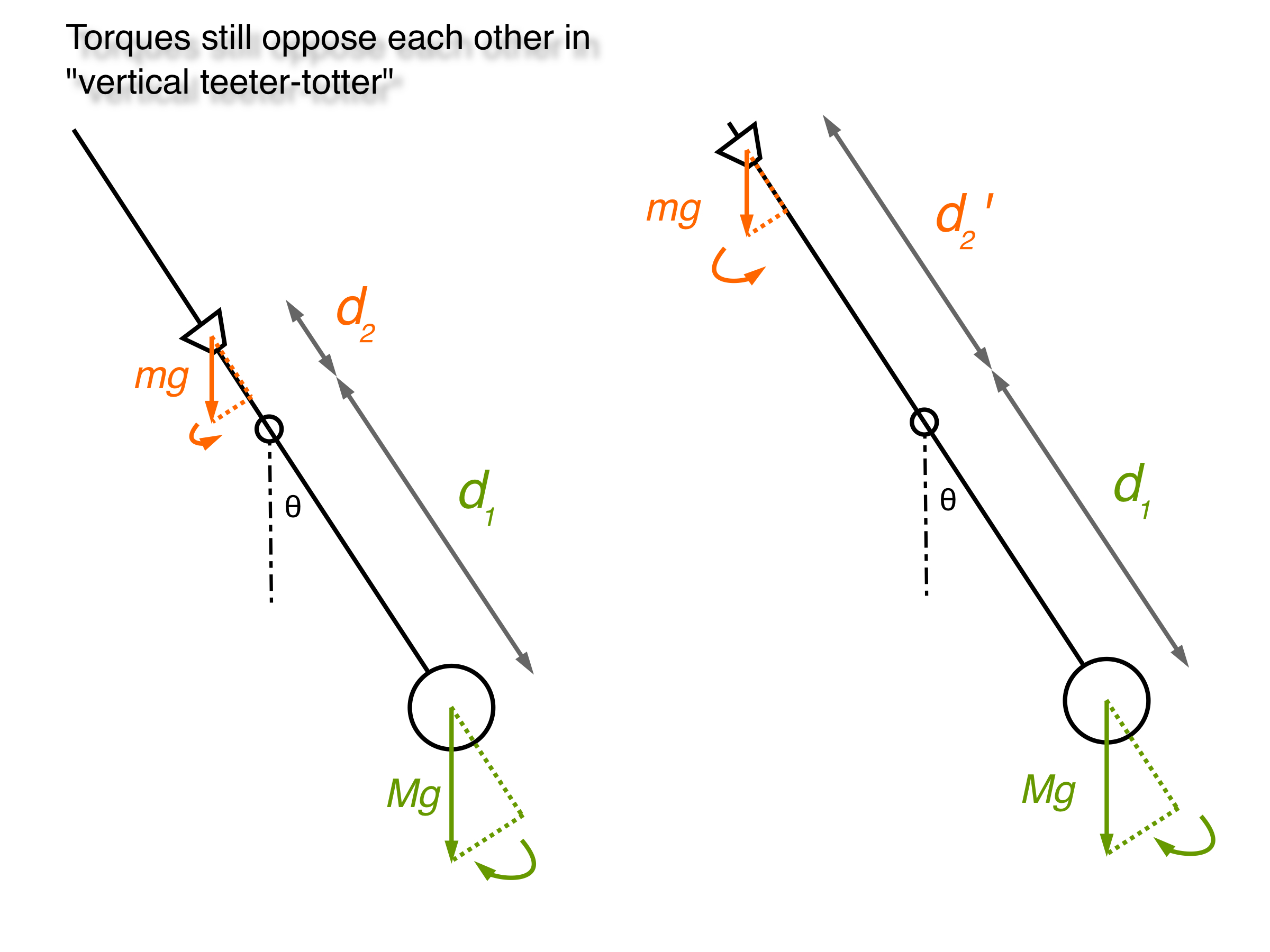 Despite the apparatus being rotated 90° from a normal teeter-totter, the two masses still apply opposing torques on each other. When the mass is moved further away from the pivot point, more opposing torque is exerted in competition with the circular mass. Therefore the net torque on the system is reduced, and the apparatus ticks more slowly.

It is true that since gravity did not cooperate with our rotation and is acting in the same direction, a greater component would be parallel to the rod, but this does not change the mechanics of the lever arm. Regardless of which direction gravity is pointed, the two masses will always apply opposing torques.

This mysterious apparatus is actually a musician's metronome, like the ones below. 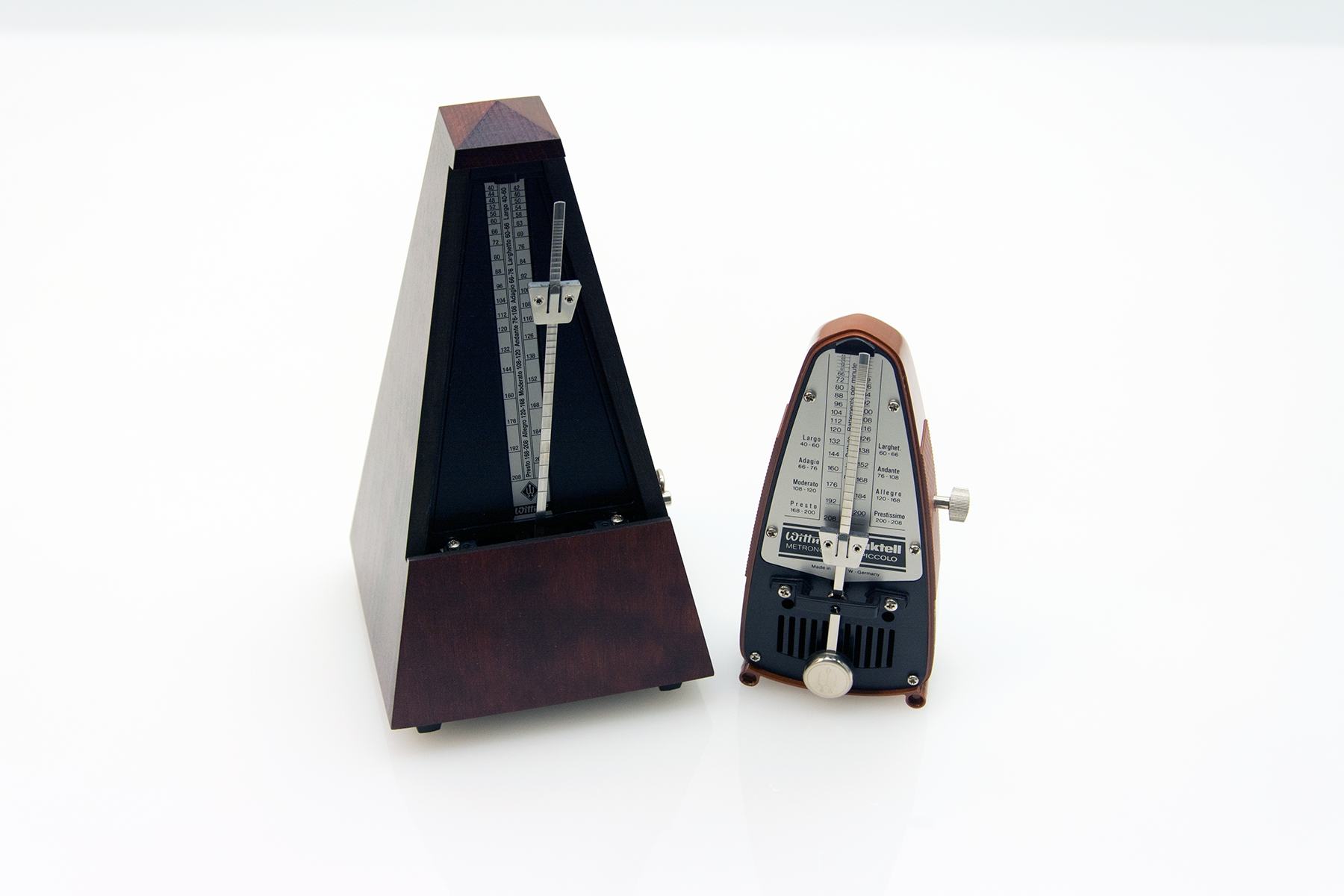 Before the advent of electronic timekeeping devices, these were commonly used by musicians to set a beat for rehearsal.