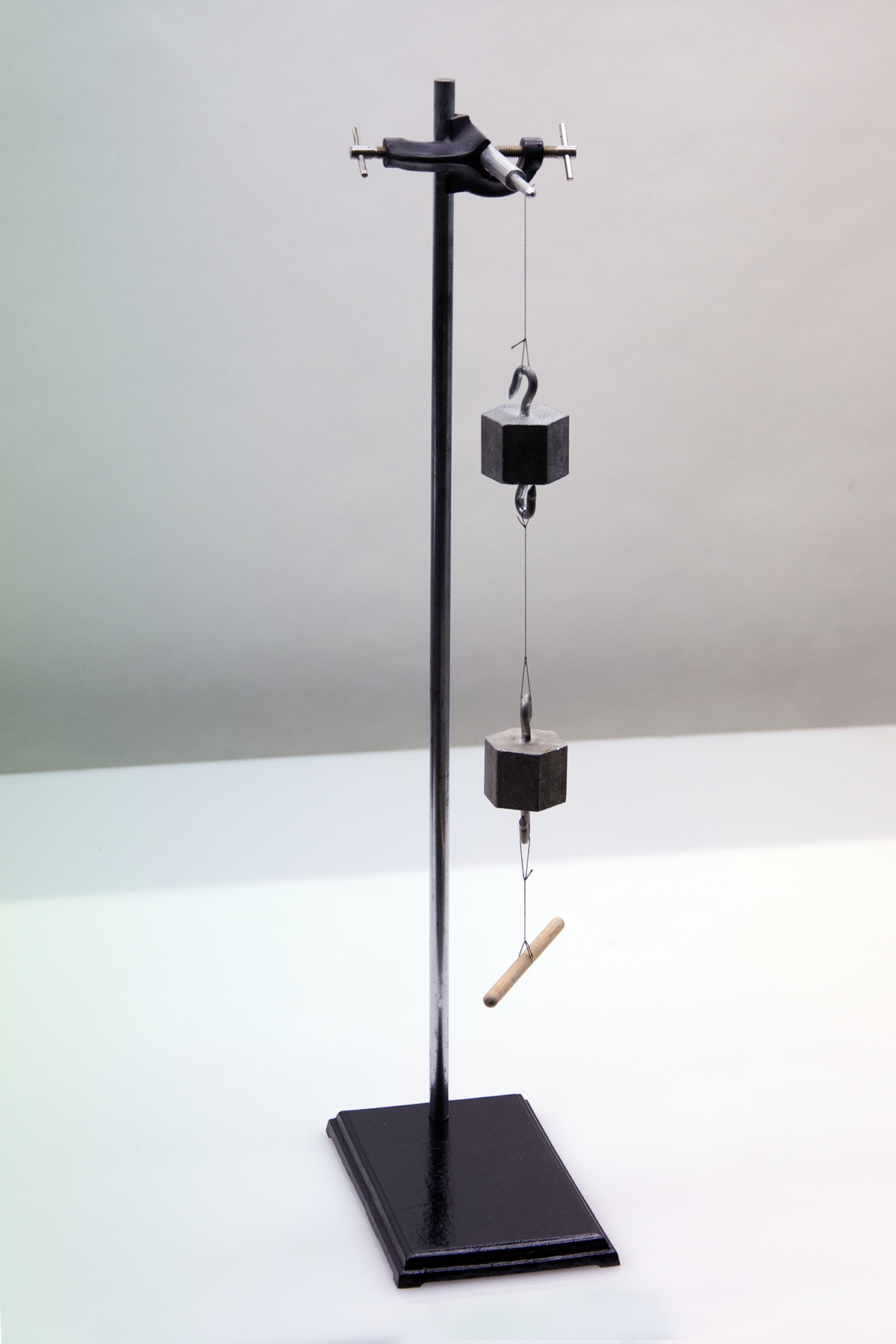 When the rod is pulled downward, exerting a force on the lower string, which of the three strings will break?

The three possibilities are that, when the lower string is pulled downward:

Click Read More for the answer after February 20th, 2015.

The answer is (d). It actually depends on how you pull the string!

If you pull rapidly, the answer would be (c): the lower string will break, as seen in this video. In this case the important physics concept is inertia: the lower mass wants to stay where it is because of its inertia, so when the rod is yanked rapidly the lower string develops a large amount of tension, causing it to break.

On the other hand, if you pull on the rod very slowly, the answer would be (a): the top string will break, as seen in this video. This is due to addition of forces. As you pull downward on the rod, you create a certain amount of tension in the lower string. The lower eight adds some tension to the center string, and the upper weight adds even more tension to the upper string. This is sort of like the case of a locomotive pulling a pulling a line of railroad cars, where the tension in the coupling decreases as you go back from the engine to the caboose.

If you try this at home, be careful of your fingers!