How Does Light Intensity Change With Distance? - Question of the Week 9/29-10/3

A small flashlight bulb, which approximates a point source, is placed in a stand on an optical rail, as seen on the left side of the photograph at left below. The light bulb is energized by a DC power supply.

20 centimeters from the bulb is a photometer sensor, shown on the right side of the same photo.

With the room lights turned off, and the light bulb illuminated, the output of the photometer reads 4 units, as seen in the photo at right below.

Suppose we now move the sensor another 20 cm further away, thereby doubling its distance from the light bulb. At this point, what will the photometer read?

The answer is (c), as seen in the photograph below. 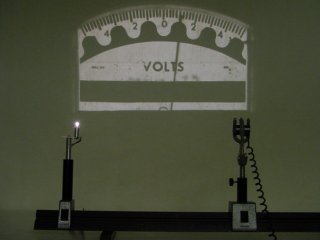 This is an example of the inverse square law which states that the intensity of radiation from a point decreases as one over the square of the distance from the source, as illustrated below. 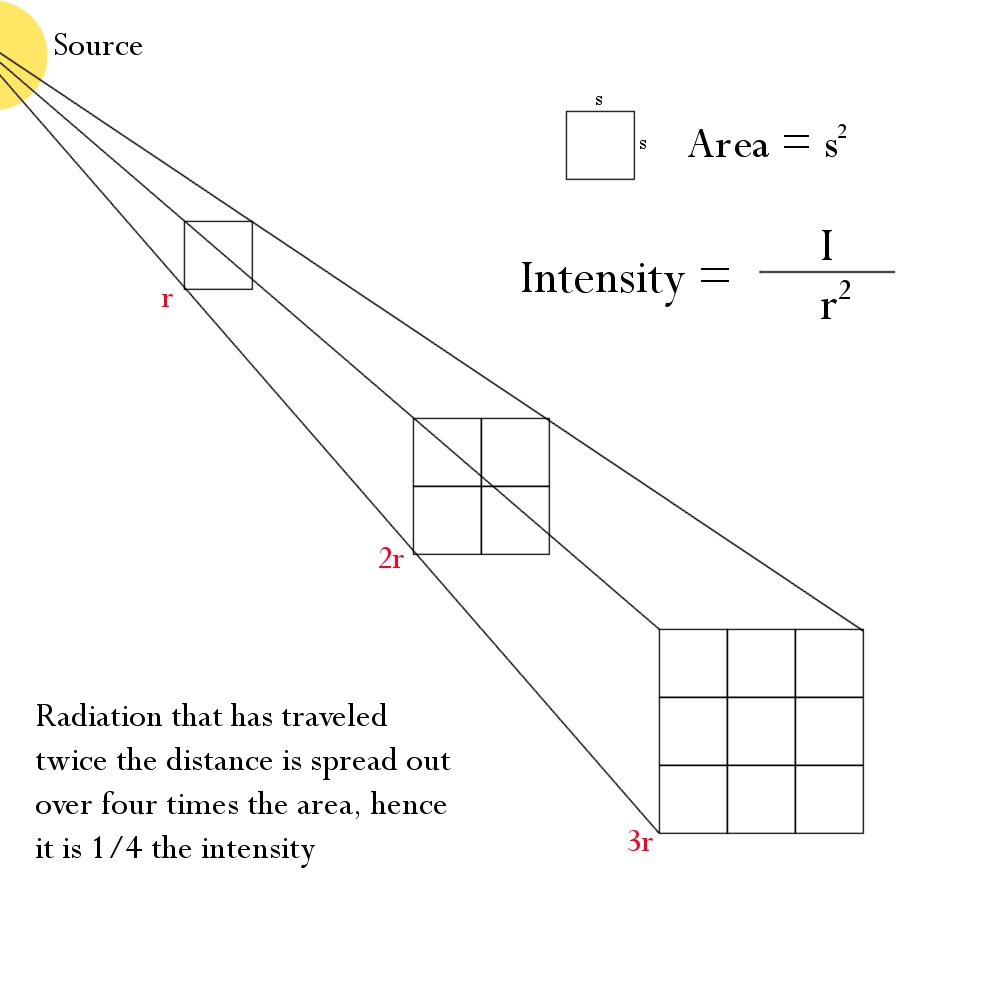 (Thanks to Alec Bartek for the illustration.)